IDLING traffic officers, and their idling cars, have been reported to their superiors ... 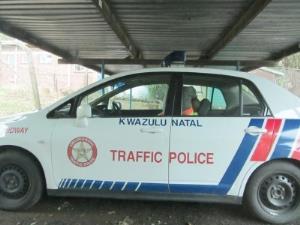 IDLING traffic officers, and their idling cars, have been reported to their superiors.

This comes after a traffic officer who was catching 40 winks in the middle of the morning was caught on camera by a concerned citizen in Mooi River.

Around 10 am on Sunday, Evert Bezuidenhout, went to a linen shop in Mooi River where he spotted the sleeping traff­ic officer in the car park. His seat had been tilted back to a reclining position and the car was left idling.

Inside the shop, another traffic officer was seen browsing around.

At 10 am, Bezuidenhout did not think they were on lunch.

“It was kind of weird seeing the car there. You would expect them to be on duty. My initial thought was what are they doing here? Then I thought: so this is what they do when they are not giving us fines,” said Bezuidenhout.

Bezuidenhout said the man in the car had not changed position in the 15 minutes he was there, leading him to believe the man was actually asleep.

Bezuidenhout tried to get in touch with the traffic department to e-mail the pictures to it. He found an e-mail add­ress on the city council website, but all the e-mails he sent bounced back. He then decided to send the pictures to The Witness.

After seeing the pictures, the Road Traffic Inspectorate (RTI) has put in a request to have the matter investigated.

Mzothule Gumede, the regional commander for RTI in the Ladysmith region, has asked for the investigation to take place this week with a report of the finding to be given on Friday. The matter will then be sent to the RTI head office.