Public Works staff, not procedures, rotten to the core

JUDGE Jake Moloi believes the only way to stop the rot at the Department of Public Works (DPW) is to overhaul some of its staff and not the rules of the procurement game. 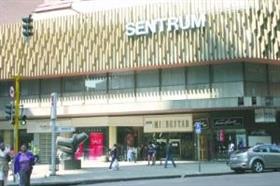 JUDGE Jake Moloi believes the only way to stop the rot at the Department of Public Works (DPW) is to overhaul some of its staff and not the rules of the procurement game.

The Constitution, a raft of legislation dealing with financial management, including the Public Finance Management Act, as well as Treasury regulations were in place to prevent “cosy relations” between prospective landlords and government departments.

“The only overhaul the DPW requires is the personnel because the rules of the game are clear and unambiguous,” he says.

The DPW is the agent acting on behalf of other government departments in procuring rental property.

To do its job properly, it should not be influenced by client, department or property owners.

“It has the duty to procure properties at the best suitable prices in an open and transparent manner as required by the Constitution, the PFMA and Treasury instructions.”

However, evidence in the inquiry proved that the DPW neglected these and “allowed itself to be manipulated by the SAPS, in particular, the national commissioner by allowing the SAPS to identify properties to be released and to agree on the prices directly with the property owner …”

Judge Moloi said the evidence at the inquiry of Public Works official Mokhaetji Tlolane was a “cause of concern”.

“It shows that not only the client department was allowed to manipulate the entire DPW, from contact persons at the bottom of the office to the directors-general, but also by the property owners who seek their building to be enlisted”.

Judge Moloi said the conduct of all those in the DPW involved in the police HQ deals was “completely unacceptable and is sufficient evidence of corrupt activities taking place in it”.

“Ignoring clear regulations to follow whilst having the power and authority to decline illegal instructions is indicative of the rot that has set in and the promotion of favoured parties to the detriment of the state.”

Judge Moloi said it was necessary to consider taking appropriate steps against “those involved”.

Neither Public Works Minister Thulas Nxesi nor his spokesperson Sabelo Mali could be reached for comment.