Renowned plant expert recruited many to the field of botany

KATHLEEN Gordon-Gray (née Huntley) died peacefully in Pietermaritzburg on January 13, 11 days before her 94th birthday. She is survived by her ­only daughter, Celia.... 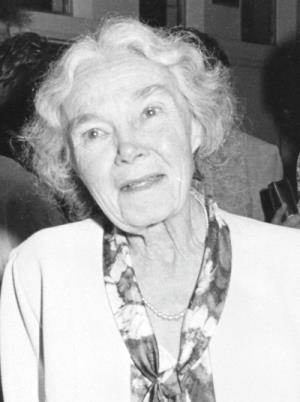 KATHLEEN Gordon-Gray (née Huntley) died peacefully in Pietermaritzburg on January 13, 11 days before her 94th birthday. She is survived by her ­only daughter, Celia.

Gordon-Gray was no ordinary person. She was, in fact, a most ­extraordinary and generous woman. Not only was she the South African expert on Cyper­aceae and some other plants of ­KwaZulu-Natal (see Google ­Scholar for a list of some of her publications), she was a wife, mother, ­excellent lecturer in the then ­botany department at the University of Kwa­Zulu-Natal (UKZN), ­Pietermaritzburg campus, and a much sought-after confidante and friend to ­students and colleagues alike.

It was her gentle and caring manner, ability to listen, and her almost infinite patience and desire for perfection, that were her enduring qualities.

I never heard her speak ill of ­anyone, and if she had a fault, it was that she accepted her lowly academic status in the de­partment as women often did in those days, foregoing promotion to ­realise her professional calling.

Even to the last, wracked with ­arthritis, she was alert and ­working on ­Cyperaceae with Jane Browning and with another of her closest ­co-workers, C. J. (Roddy) Ward; the well-known KZN plant collector and field ecologist.

Gordon-Gray was born in ­Pietermaritzburg and graduated with a BSc and MSc in 1939. Her PhD was awarded in 1959. All her degrees were obtained from UKZN. After teaching at Girls ­Collegiate School (1940 to 1945), she was appointed as a junior ­lecturer to teach ex-service men. She rose through the ranks in the botany department, becoming an associate professor (1977 to 1978).

She was, sadly, required to retire at the age of 60 in 1978, but continued to work on her beloved KZN plants, and the Cyperaceae in particular.

Gordon-Gray was essentially a home girl, collecting some 4 000 specimens, mainly from KZN. My fondest memories of her date back to the sixties, when the ­botany department in Pieter­maritzburg was arguably in its heyday.

From the late fifites to the early seventies, a remarkable number of botanists passed through the department, and many undergraduates and postgraduates came under the spell of Doc G-G, as she was fondly known. If it had not been for her, I would have ­become a zoologist, and I know of many others who pursued a ­career in botany because of her ­influence.

Thus, almost single-handed, she recruited many botanists who ­became well known in their ­particular botanical fields and then they, themselves, recruited other botanists and ecologists.

One thing that she is well known for is her annotations on herb­arium sheets, that are often ­accompanied by her meticulous drawings and notes of what she believed to be diagnostic features.

When she died, Gordon-Gray was still working on Cyperaceae with Jane Browning. Typical of her, she shunned the limelight, and was belatedly awarded the South African Association of ­Botanists Silver Medal in 1998. She certainly deserved greater recognition in her lifetime.

Yet, through her teaching and supervision, she was inspirational and provided sound theoretical and practical training in the ­fundamentals of taxonomy, ­anatomy, breeding systems and ecology of her beloved sedges and grasses.

• Eugene J. Moll is a professor in the department of biodiversity and conservation biology at the University of the Western Cape.