Sabbatini and Woods keep their distances

SAN DIEGO — Tiger Woods and Rory Sabbatini matched one another with opening five-under-par 67s at the Buick Invitational on Thursday but kept their distance off the course. 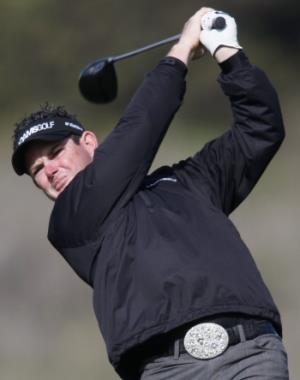 SAN DIEGO — Tiger Woods and Rory Sabbatini matched one another with opening five-under-par 67s at the Buick Invitational on Thursday but kept their distance off the course.

The pair have maintained a chilly silence since South African Sabbatini pulled out of the final round of last month’s Target World Challenge, citing personal reasons. His manager later said he had been suffering from shin splints.

Woods hosts the World Challenge, which raises money for Tiger Woods Foundation projects, and says he has never been told by Sabbatini exactly what happened to force his withdrawal.

Despite his premature exit, Sabbatini earned $170 000, which he donated on Wednesday to the “United Through Reading” military programme in San Diego.

Asked to describe his relationship with Woods, Sabbatini (31) said: “As far as I understand there’s no animosity. We’re both competitors and we both want to win. That’s the situation.”

The outspoken Sabbatini sparred verbally with Woods early last year when he suggested the world number one was “as beatable as ever”.

After a news conference at Torrey Pines Golf Course on Thursday, Sabbatini walked out as Woods came in. Not a word was shared as Sabbatini exited with his head down.

Woods, a five-times champion at Torrey Pines, was asked by reporters if he had learned why Sabbatini had pulled out of the Target World Challenge.

“I haven’t talked to him about any of it,” he replied.