Sequel to be shot in and around Durban

Durbanites should watch out in February - Mr Bones is coming to town. 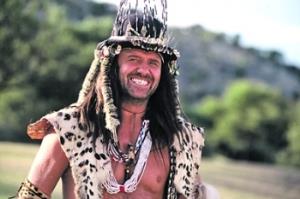 Durbanites should watch out in February – Mr Bones is coming to town.

Producer Anant Singh has announced that the sequel to Leon Schuster’s hit comedy, Mr Bones, will be shot in the city next month.

Mr Bones 2 will see the character in locations around Durban and the film will have a strong Indian flavour, offering scope for all kinds of comic gags, Schuster style.

Among the locations being considered for filming are the Grey Street Precinct, the Indian Market, and the northern coastline.

Singh has said that Schuster and director Gray Hofmeyr have co-written a hilarious script – and he hopes Mr Bones 2 will become the top film of 2008 in South Africa.

Bringing the team to Durban is part of Singh’s plan to ensure that the city is actively promoted as a shooting location. Mr Bones 2 is the third feature-film collaboration between Singh and Schuster.

Mr Bones was the highest grossing South African film of all time, having earned more than R33 million at the South African box office. The new film is scheduled for release on November 28.