JOHANNESBURG — Tiger Brands began charging 40 cents more for a loaf of Albany bread yesterday, with Pioneer Foods and Premier Foods in the process of considering their increases. 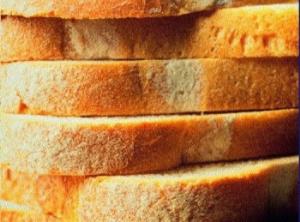 JOHANNESBURG — Tiger Brands began charging 40 cents more for a loaf of Albany bread yesterday, with Pioneer Foods and Premier Foods in the process of considering their increases.

In response, the Congress of SA Trade Unions (Cosatu) suggested the increases are linked to last year’s bread price-fixing scandal.

“Tiger claims that this decision was made independently of other bread producers and has nothing to do with the R99-million fine imposed on them last year for price fixing.

But Tiger Brands group executive for corporate affairs, Jimmy Manyi, denied this. “No, not at all. It’s not that. It is because of an increase in input costs, like wheat prices escalating the whole of last year.”

Fuel and energy costs rocketed and the group has been absorbing these for the whole of 2007.

Manyi denied that it is to recoup the fine imposed by the Competition Commission on the company.

Pioneer Foods managing director Andre Hanekom said the company expects increases of between 35 and 40 cents, depending on the loaf and the region it is sold in, while Premier Foods’ corporate affairs manager, Steven Mallach, said the company would finalise its increase within the next 10 to 14 days.

Hanekom said the increases for Pioneer Foods and Tiger Brands appear similar because they procure their wheat and fuel on the same markets.

Condemning the increase, Cosatu said it would add to the hardship faced by millions of poor families struggling with the prices of food, fuel, school uniforms and other essential items. “Food price increases are the biggest single driver of inflation, yet the Reserve Bank, which claims its mandate is to target inflation, says nothing to condemn these increases,” he said.

Cosatu renewed its call for a probe, but is to also commission its own research through Naledi.

In December 2006, Western Cape distributors complained about bread and milling cartels. After a probe by the Competition Commission, Tiger Brands admitted to being involved in illegal price fixing, along with, among others, Premier Foods and Pioneer Foods.