Show to end with sizzling performances

THE Royal Show ends with a difference this year, with the introduction of an Afrikaans music concert on the last day.... 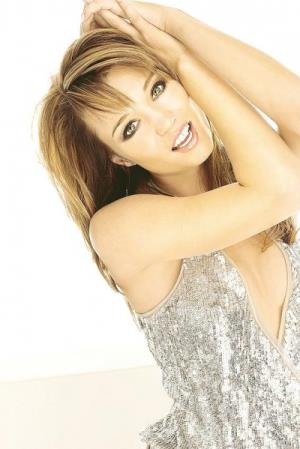 THE Royal Show ends with a difference this year, with the introduction of an Afrikaans music concert on the last day.

Stands will stay open on this last day, enabling the public an extra day to visit exhibitors’ stands and to enjoy a relaxing afternoon listening to music.

The RSG (Radio Sonde Grense) concert will host some of South Africa’s most popular and talented Afrikaans artists, including well-known names such as Chris Chameleon, Nádine, Lee Vaughn and Die Campbells.

Who are the performers?

Innovative, prolific and endlessly creative, Chameleon is currently being hailed as a phenomenon on the South African music front. His versatile and exceptional talent has won him rave reviews and a total of 16 impressive awards over the past three years, including a Sama and a Medal of Honour from the South African Academy of Science and Arts.

Prior to going solo, Chameleon was the bassist and front man of Boo!, one of South Africa’s proudest musical exports that performed with the likes of the White Stripes, Limp Bizkit, Slipknot, Franz Ferdinand, Cypress Hill, Coldplay and many more.

Die Campbells are performers enjoyed by parents and children alike. Brothers Harry and Tony Campbell have performed in towns and cities all over South Africa, entertaining thousands, and in the process they have learnt what works best with the crowd.

Die Campbells have produced three top-selling DVDs of which 21 Treffers Live received best DVD award in 2005 and they have released nine CDs, picking up seven Platinum CD awards along the way.

Their sound can best be described as Afrikaans sokkie music with a country feel. Their live performances and rhythmic music, which they call “lekker lewendig”, promises to entertain.

Nádine started her music career as a teenager and for the past 13 years, she has taken up occupation in the hearts of Afrikaans music fans, selling an astonishing 50 000 albums along the way.

In 2008, she released a new album titled This Time I Know, and it is taking Nádine into new markets — including international waters.

Lee Vaughn is a 23-year-old singer from Durban, whose debut album Doedoe-oe was released in March and has already sold about 1 200 copies.

He has tracks playlisted on over 30 radio stations and KZN fans will recognise his version of Lionel Richie’s Stuck on You, which has been playing on East Coast Radio.