Comrades: Kotov also in with a chance. Norrie Williamson looks at the leading contenders in the men’s race at this year’s Comrades. 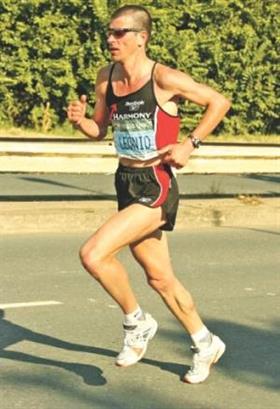 Norrie Williamson looks at the leading contenders in the men’s race at this year’s Comrades.

Leonid Shvetsov will go into Sunday’s Comrades as favourite to win, following his record-breaking run in last years down race to Durban.

Shvetsov is one of the fastest marathon runners to tackle the Comrades and as such has the speed and, more importantly, the pacing experience to rewrite the record book.

Alberto Salazar was not only the fastest marathoner to take on the inter-city challenge, but also won the race from the gun to the tape in 1994. However, his front-running tactic only succeeded because he had such a lead over Nic Bester, who that year had chosen to run to heart rate, that when Salazar “blew” he was still able to shuffle his way into the finish.

With the considerably more competitive international fields of this millennium such tactics are impossible; the records may have been slow to tumble but the level of competition has intensified over the past decade.

Shvetsov has gained the necessary experience of Comrades, and although falling a bit off his potential in the final run into Durban, he will have learnt much of the rhythm and pace required. This makes him more dangerous for the less forgiving up run, where it is so easy to over-cook on the mammoth hills to Kearsney — where there are still 51 km to go!

Oleg Kharitonov is the man Shvetsov should most fear, not only because he is the up-run champion of 2006, but because his 11:28:03 time overs 100 miles speaks volumes of his ability to go almost twice the distance at six-hour Comrades pace. The mental tenacity to grind out 4:15 km over 403 pancake-flat laps of a track is rare, but interestingly he shares this with a number of previous multiple Comrades winners such as Arthur Newton, Hardy Ballington, Wally Hayward. Derek Kay and Dave Box who broke 100 mile World records had similar attributes that took them to the Comrades sharp end in the 1960s and 70s.

Kharitonov’s weakness is his 2:17 marathon time, which coincidently was the PB of one Bruce Fordyce. Although the nine-time winner showed that good pacing can outrun a slightly faster time over the shorter distance, he never had to face up to runners who were five to eight minutes faster over the marathon.

A foreigner who looks to have been overlooked is Denis Zhalybin who won the ninth gold on his 2003 debut. A crash while travelling to the Russian airport in 2004 broke his spine preventing his return. He frequently ran with Kharitonov, matching him stride for stride in the final stages of the world 100 mile record.

Since the crash, he has run under 6:30 for 100 km, and this makes him a danger and a potential top three.

Another top marathoner in this year is Vladimir Kotov. Few will forget how the 2:10 marathoner ripped the race apart with his gallop from the top of Polly shorts to the finish in 2000 to set the fastest up run time of 5:25:33. Since turning 50 he has set a string of age related bests in the Western Province.

Having struggled with injury after last years race, he was spending up to three hours a day running in water and, despite the short build up, ran impressively in the Two Oceans and local events including a 32:55 for 10 km. Since then he has spent 80 days in specific training in the Polish mountains, a sure sign that he is focused and back to his best.

Expect him to be clocking times that most 50-year-olds would only dream of when he returns to line up for Sunday’s race, and be assured he knows the tricks of the trade better than most.