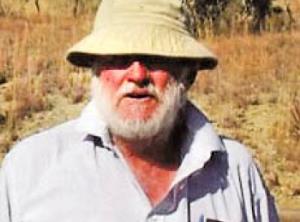 Pietermaritzburg High Court Judge Piet Koen found that compelling and substantial circumstances existed to not impose the strictest sentence: namely Ntshaba’s youth and the fact that he confessed to the murder.

Koen sentenced Ntshaba to an effective 24 years in prison and ordered that he may not be considered for parole until he has served at least 16 years.

Green’s sons, David and Mike, daughter Mary and widow Dorothy, said later they are unhappy the killer did not get life. “There’s too much of this. Too many lives are being lost and there’s no deterrent. We’re going to drop like flies,” David Green junior said.

Green’s other son, Arthur, has emigrated.

But the family commended the swift action of the police who arrested Ntshaba.

Ntshaba, who pleaded guilty, told the court in a statement that he decided to go to Green’s farm to steal out of “sheer desperation” on December 20 because his father did not have money that day to buy him the medication he needs to treat a lifelong skin disorder that becomes unbearably itchy.

The court heard that Ntshaba received treatment at King Edward VIII hospital, which was paid for by his parents.

He told his lawyer, Divesh Mootheram, that his condition — which affects almost his entire body — caused him to almost become an outcast in his community, and caused him extreme, unbearable discomfort.

The court heard that on the day of the murder, Ntshaba armed himself with an unlicensed 9 mm pistol that had legally belonged to his late grandfather, and a single live round of 9 mm ammunition.

At the farm he said he was confronted by Green, so he pointed the gun at him and demanded money. “The deceased then called for his dogs. I then panicked and fired a shot at him. The bullet struck him in the head and he fell to the ground.”

Afterwards, he went into the kitchen and stole two cellphones before fleeing.

State advocate Johan du Toit said a postmortem report showed that the bullet struck Green as he turned away — either to leave or to avert the shooting. It was fired at fairly close range.

Koen said the shooting of Green was a cowardly act perpetrated on a defenceless, elderly man. He said Ntshaba could have run away, but instead he went into the kitchen where he stole cellphones.

Koen said the right to life is enshrined in the Constitution.

Regrettably, people are daily being killed on isolated farms or elsewhere, and this is not necessarily confined to one race group, the judge said.

The president of the KwaZulu-Natal Agricultural Union (Kwanalu), Robin Barnsley, defended a statement by Kwanalu soon after Green’s murder in which it was suggested that tensions relating to land reform issues may have provided the perpetrators with the “excuse” they sought to commit the crime.

Barnsley said the fact is that tensions do exist around land all over the province, and said he made it clear in the statement that he was merely speculating and that the motive for the murder was unknown.

On behalf of Kwanalu, Barnsley too praised the police for the arrest of the killer, and the fact that justice was carried out swiftly in the matter.