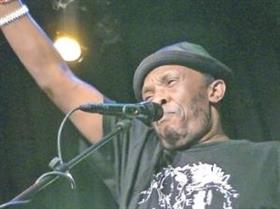 There is some great music to look forward to in the midlands. On June 7 and 14, Caversham Valley Concerts will present music events featuring leading acoustic artists Tony Cox, Madala “Bafo” Kunene, Neill Solomon and Friends, and Richard Onraet at the Midlands Forest Lodge on the Meander route.

The concerts are the idea of Terry and Diana Acres who own Caversham Mill and Midlands Forest Lodge. They came to the midlands from Johannesburg a few years ago, but Terry still has strong ties to Prosound, the original concert company he founded in the 1980s and which is now the largest design and contracting AV company in Africa. So his interest in music and its presentation and the couple’s interest in food have come together to create two weekends of great entertainment.

The Acres bought the Midlands Forest Lodge last year, and have been busy with renovations and creating an outdoor concert venue, overlooking an indigenous forest and beautiful views over the midlands.

The first concert, starting at 2 pm on June 7, will feature guitarist and musical raconteur Tony Cox, along with his 18-year-old protégé from Cape Town, Richard Onraet. Cox needs little introduction. His latest album, Blue Anthem, won the award for Best Instrumental album at this year’s Sama awards. As he has been booked for a string of summer festivals in Canada and the U.S. the midlands audience is lucky to have a chance to see and hear him before he leaves. The concert will be opened by Onraet, who cites Cox as as one of the biggest influences in his music, along with Doyle Dykes. Although he is still at school, last year he won both the Helderberg and Stellenbosch Eisteddfods.

The following Saturday, June 14, the spotlight moves on to Madala “Bafo” Kunene — the King of the Zulu guitar — and Neill Solomon and Friends (Dan Choirboli, Connie Bentlage and Wayne Coghlan).

Kunene’s first guitar was made from a cooking oil tin, with fish gut for the strings, and his first public appearances were as a busker on the Durban beachfront. As a teenager, he played soccer for African Wanderers, playing guitar at home after his matches. But now he concentrates on his music, travelling all over the world and recording. In 2003, he composed the score for the Oscar-nominated Zulu language film, Yesterday.

Neill Solomon now lives in Johannesburg, but also cut his musical teeth in Durban. He too has composed film music, and his CD, The Occupant, has been rated as one of the Top 20 albums of all time in South Africa. He was a member of the Loft Theatre company in Durban in the 1980s and has performed regularly with Dan Chiorboli since their days in the Uptown Rhythm Dogs.

The venue will open at 10 am on both days, so that people can relax and have lunch, either their own picnic or, as Midlands Forest Lodge is part of the Midlands Meander Slow Food Festival, potjie dishes and vegetable curries on site. There will also be a cash bar, so all you need to take is a blanket to sit on.

The restaurant at Caversham Mill will also be open, where their slow food will be cooked in tagines from Ian Glenny’s Dargle Valley Pottery — and there will be an intriguing hat display by local artists and crafters. Booking for lunch at noon, before the concert, is essential (033 234 4524).