THE Deepavali* Cheer Society, which celebrated its 72nd anniversary in October this year, has a long history of providing cheer to less fortunate members of the community during the celebrations of Diwali, which will be celebrated on Friday. ... 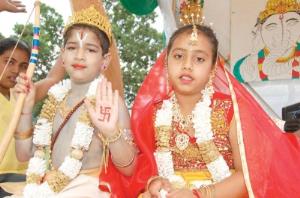 THE Deepavali* Cheer Society, which celebrated its 72nd anniversary in October this year, has a long history of providing cheer to less fortunate members of the community during the celebrations of Diwali, which will be celebrated on Friday.

Hindus believe that service to humankind is service to God. Bringing joy, happiness and light into the homes of the less fortunate was the vision of a band of young men way back in 1938 when the idea was mooted by Fakir Satyapal, a community worker, after a family from Hathorn’s Hill, across the river from the Dorp­spruit adjacent to the Liberty Midland’s Mall, went to him to beg for food on the eve of Deepavali so that the family could celebrate the festival.

The Deepavali Cheer Society came into being to provide food parcels to 40 less-fortunate families.

As the years went on, the numbers grew and cheer was extended to mental institutions, homes for the disabled and homes for the aged.

From these humble beginnings when members of the society trudged the streets of the city and collared business houses to support their cause, the effort grew and this Saturday 900 food hampers will be distributed to all sections of the community.

A Deepavali Cheer and Sport Committee was first set up in the 1938 and functioned under the Youth Club for two years.

In the first year some 40 hampers were distributed to needy families and a gala sports day was organised.

In 1945 the committee made the decision that its activities should not only be confined to the Hindu community as this was contrary to the spirit of Diwali, and it was decided that all sections of the community should be considered for donations. In that year inmates of different institutions who were African, coloured and European were treated to sumptuous meals and entertainment.

In 1947, the society suffered a severe blow when a young member and secretary of the organisation, Ganasen Philliphs, was washed away and drowned in the floods that swept the city when he went to assist those affected by the rising flood waters. The treasurer C. Rajagopaul was saved when he clung on to a tree in the raging waters at the lower ends of Boom and Greyling streets.

PREPARATION for Diwali starts usually at least two to three weeks before the festival when Hindus start cleaning their houses to prepare for the festival. Some will even renovate their houses to prepare them for Diwali. Often the family will shop for new clothes and for accessories to decorate their homes. Prior to the festival, Indian shops will sell festive items like Diwali greeting cards, carpets, Punjabi suits and flowers.

On the morning of Diwali at around 3 am people will wake and the first ritual will be having an oil bath, which is an important feature of Diwali.

Hindus will be dressed in their new clothes. Most of the women would be clad in silk saris or Punjabi suits of various bright shades. Hindus particularly dislike dressing in black on that day, as they consider black an inauspicious colour for the festival.

Hindus will pay their respects to the elderly and most families will go to the temple after having breakfast. This is also an important practice for them. The reason they go to the temples on Diwali is to pray for happiness and prosperity.

Houses are decorated with oil lamps and children play with firecrackers to celebrate the festival.

On the first day, they do not go visiting but will stay at home.