MOVIES have been on Warren Lee Naidoo’s mind since he was a 10-year-old living in Pietermaritzburg ... 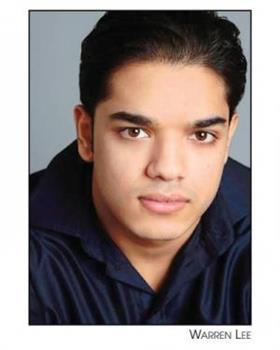 MOVIES have been on Warren Lee Naidoo’s mind since he was a 10-year-old living in Pietermaritzburg.

Now aged 21, the former St Charles pupil is living his dream in the film industry in New York.

He has worked with the renowned director and recipient of the Irish Man Of The Year Award, George Heslin, in his recent play The Lady From Dubuque.

“George is a wonderful person who shares his knowledge and experience without asking for anything in return, something rare to find in the industry today,” Naidoo told The Witness.

Born in Durban, Naidoo moved to the capital when he was three years old. He has always known that acting was going to be his future.

“Movies were always on my mind from the age of 10,” he said.

When he arrived in the Big Apple in 2009, he first studied mechanical engineering but after four months had a change of heart.

“I wanted to act with all my heart,” he said.

“I transferred to the American Academy of Dramatic Arts in Manhattan.”

Naidoo found it extremely difficult to adjust to life in the big city, but things got easier after he made friends.

“I missed my family a lot. After a while you get used to being by yourself, and when you make friends it helps you to take your mind off the fact that you are not surrounded by your family.”

He said rejection was the biggest challenge he had endure in the film industry. “Every actor has to get used to it. It’s nothing personal, but everyone has their particular idea of the type of person they want for their project.

The answer was to stay productive.

He said he looked up to actor Brad Pitt.

He found working as a producer quite different from acting, but both experiences brought a sense of fulfilment, he said.

Naidoo said he believed that before opting for a career in acting, it was important to decide whether to be a celebrity or an actor.

“Don’t confuse the two. Many A-list actors are celebrities, but they were actors first.”

Patience was another important attribute for a would-be actor.

“Don’t expect to be get into major motion pictures in a day. My acting teacher told me it takes 10 years to become an actor.”

Although he sees himself producing indie films (produced by independent filmmakers) and becoming involved in major films in Hollywood, Naidoo doesn’t rule out the possibility of coming back home to make films.