A bigger threat than Bulls spies WHILE the Bulls supporters are celebrating the return of Springbok centre Wynand Olivier for tomorrow evening’s super 14 final at Loftus, the Chiefs have also been boosted in midfield with All Black Richard Kahui back from injury.... 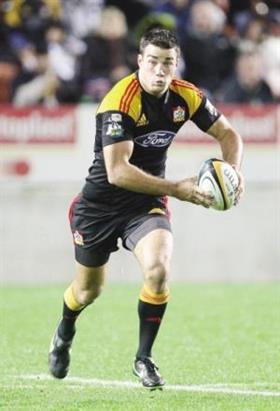 WHILE the Bulls supporters are celebrating the return of Springbok centre Wynand Olivier for tomorrow evening’s super 14 final at Loftus, the Chiefs have also been boosted in midfield with All Black Richard Kahui back from injury.

The classy, strong-running Kahui has missed the Chiefs’ last two games with a calf muscle strain but he is back to full fitnesss and has run freely at practice this week.

The versatile Dwayne Sweeney has been selected on the wing, taking over from All Black Sitiveni Sivivatu’s who dislocated his shoulder in last weekend’s semi-final win over the Hurricanes.

Sweeney, who has been playing in the midfieldsince Kahui’s injury, has beaten off the challenge of Sosene Anesi for the win berth n what is otherwise a predictable line-up.

Chiefs coach Ian Foster said he was happy with the Chiefs’ preparations, noting that they had travelled well and will “be ready for the task ahead.”

The one slight injury concern for the Chiefs is number eight Sione Lauaki who took a hard blow to the head against the Hurricanes. While he seems certain to start, he did sit out the contact sessions. Lauaki is certain to receive a rowdy welcome from the Bulls supporters. The last time he was at Loftus he felled Bryan Habana with a straight-arm tackle but escaped suspension when the citing officer failed to take action within the stipulated 24-hour period.

Foster, in typical build-up to a big game, has been concerned that Bulls spies are lurking. The Waikato Times reported that the Chiefs switched to a more “secure” field midway through their training session in Pretoria. The Chiefs were at Pretoria Boys’ High School but head coach Foster thought they were exposed to onlookers from the surrounding tall buildings and ordered his players on to a neighbouring field which was surrounded by tall trees.

A greater threat to the Chiefs is the drop-kicking form of Bulls flyhalf Morne Steyn and captain Mils Muliaina admitted to reporters it was a concern.

”How do you prevent Morne Steyn from drop kicking? That’s a good question. If anyone could give me a few tips I would greatly appreciate it.

”Twelve points (Steyn’s drop-kick haul in the semi-finals) is a lot. With that you could win or lose a match. I don’t think there’s any way you could stop an attempted drop kick from the halfway mark.”

While this is the first time the Chiefs have been in a final, 15 of the 22 Bulls were there two year ago when they won the title by beating the Sharks 20-19 in Durban.

But captain Victor Matfield warned that past history would count for nothing tomorrow.

”We have to look at it as a new game, it’s a final and anything can happen,” Matfield told journalists. “It’s all about those 80 minutes, and who is going to use their opportunities.

”So I don’t think having played in a final previously is going to play a major role.

“But,” he added. “it is nice to have that experience.”

The final kicks off at 5.30pm tomorrow and South Africa’s top referee Jonathan Kaplan will handle the game.