Still amazing after all these years

So you thought you had read Olive Schreiner’s classic The Story of an African Farm. Think again. 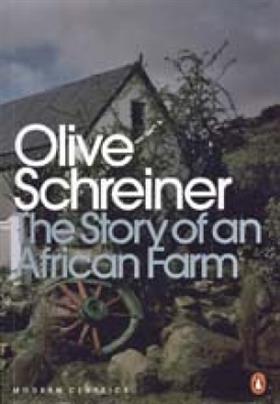 So you thought you had read Olive Schreiner’s classic The Story of an African Farm. Think again. To mark the novel’s 125th anniversary Penguin have issued a revised complete edition which includes Schreiner’s preface to the second printing and, as an afterword, her husband Samuel Cronwright’s introduction to the 1924 edition.

Much of The Story of an African Farm was written while Schreiner was employed as a governess on the Eastern Cape farms which provided the inspiration for the setting of the novel, first published in 1883.

Issued in the Penguin Modern Classic imprint and edited by Stephen Gray, this edition follows the 1893 text that was complete and unabridged. Details omitted in later editions have been restored and whereas previous editions supplied glossaries for “Dutch and Colonial words” here they are allowed to be part of everyday 19th-century South African English.

This edition also contains a selection of excerpts from various perspectives on the book from reviewers, writers and politicans, from the late 19th century to the beginning of the 21st.

“Who could have foreseen that the new and most distinctive note of the literature of the last decade would be sounded by a little chit of a girl reared in the solitude of the African bush,” wrote British journalist W. T. Stead in 1894.

Dennis Brutus writing in 1979 recalled how he had read the book as a boy at high school — “and I shall never forget the great breadth of wonder and delight it drew. This was a novel which opened out on the thoughts of the whole wide world …”

Former president Thabo Mbeki speaking at the 50th anniversary celebration of the Freedom Charter in 2005 dedicated four of the seven pages of his speech to Schreiner born 150 years before — “I appeal to everybody today to listen to what she had to say”, he said.