Surfing: A chance to be the ultimate king

Surfing: Quicksilver part two hits Mossel Bay. We start off this weekend with the Quiksilver King Of The Groms event in Mossel Bay, part two of a three-series event, which will culminate in Scottburgh in August. The winner of the premier U16 Groms division wins a ticket to France and the chance to compete in the International King Of The Groms event and a chance to become the ultimate king. 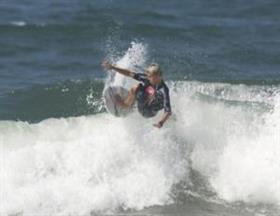 The Mr Price Pro six-star WQS event starts on June 29 and runs through to July 6. This event always sees a strong local turnout against the international WQS contingent.

Then we go on to the Red Bull Big Wave Africa from July 24 to August 31, and the world’s best big wave surfers are going to be hanging in Cape Town for the five-week period, hoping to get a hit at big Dungeons.

At the moment, the South African surfers are over in the Maldives, surfing in the Sri Lankan Airlines Pro at Pasta Point. Pasta Point is a perfect left-hand breaking wave, and the Sri Lankan pro is a six-star prime surfing event, with 3 000 points for first place. Royden Bryson from East London seems to be feeling right at home among the reeling Pasta Point lefts, getting through to the round of 24 at the time of going to press.

This weekend also sees the Reef Wetsuits SA Masters Champs take place at Nahoon Reef in East London. Despite the fact that KZN came last in 2007, they have a well-balanced team this year and could do well.