Thanks for the magic, Madiba

WILL we ever have anything like The Madiba Magic again? This question sprung to my mind as news of the death of former Republic of South Africa president Nelson Mandela broke. On top of everything ... 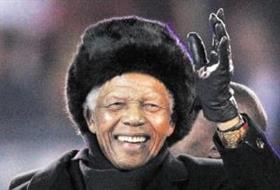 WILL we ever have anything like The Madiba Magic again?

This question sprung to my mind as news of the death of former Republic of South Africa president Nelson Mandela broke.

On top of everything that Mandela was, did and achieved, I don’t think he has any equals on the understanding of how really important sport is.

He took full advantage of the effect that sport have on diverse communities and used it to mould a Rainbow Nation.

His embracing of rugby, which was then regarded as a “white man’s sport” and even more as an “Afrikaner sport”, landed a huge blow to the stereo­types and narrowed a huge divide that existed among communities who equally vowed by the oval-shaped ball and the round version.

Some of the most iconic pictures of Madiba are from the 1995 Rugby World Cup when he emerged out of the Ellis Park tunnel wearing Francois Pienaar’s No 6 shirt and a Springbok cap.

Who can forget his towering figure handing the Africa Cup of Nations trophy to Bafana Bafana skipper Neil Tovey in 1996?

One would have sworn he had taken a cue out of British journalist and author Simon Kuper’s book, Football Against The Enemy.

In the book, Kuper — who travelled around the globe researching material for this book — alludes to the fact of how governments and presidents use the power of football to enhance their popularity.

Why? For years, the Zambian national football team was known as the KK XI during the long reign of President Kenneth Kaunda. This was because the president supported the team and made it a point to attend most of their home games, handkerchief in hand. He also performed many a ceremonial kick-off when Zambia played an international match.

Madiba took this a step further, not only did he attend international matches of most of our national teams, be it soccer, rugby or cricket, but even sporting events such as boxing tournaments.

He took it upon himself to be on first name terms not only with the different captains of the time, but also a number of squad members.

Mandela took it upon himself to send nocturnal faxes or even personally make phone calls to the likes of Pienaar, Tovey, Hansie Cronjé and several boxers on the eve of important matches or world title fights.

Talk about going beyond one’s call of duty!

This was one more thing that proved that the man had a genuine interest in the wellbeing of other humans as he did not only do it for the glare of the cameras, but because of the undying love for his country.

Not even the sight of former president Thabo Mbeki being tossed up in the air by the Webb Ellis trophy-winning team of 2007 or incumbent president Jacob Zuma during the 2010 Fifa World Cup could match the iconic images of Madiba.

Our teams are not doing that well these days — more especially our soccer team — and they all really need a dose of The Madiba Magic.

This is a challenge to our sports administrators and Minister of Sports Fikile Mbalula to ensure that Madiba’s legacy is preserved and kept intact.

He has left a huge challenge on how to display undying love for your country. Not only that, but how to rub it off on sportspeople by making them feel how important what they are doing by utilising their God-given talent is, not only for themselves but the nation.

The selfless spirit he showed when he travelled around the globe even when his health was failing, defying doctors’ orders to slow down, to ensure that we got the opportunity to host the Soccer World Cup, is immeasurable.

Those who always quote Madiba and associate themselves with him at any given opportunity, must lead by example.

Just as Helen Zille quipped: “Let’s start with 27 years in jail” when Julius Malema said: “I want to be treated like Mandela”.

The point she was making, was that such status is earned.

We will really miss you Madiba and hope you can give us a dose of The Madiba Magic from wherever you are!

Nelson Rolihlahla Mandela — there is no one like you!

S’Busiso Mseleku is regarded as one of Africa’s leading sports journalists and an authority on football. He has received some of the biggest awards in a career spanning well over 20 years. He is currently City Press Sports Editor.