The future is sunshine

South Africa could light up itself and the rest of Africa 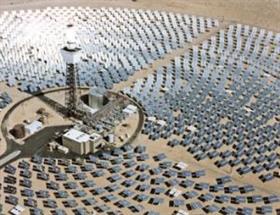 The current electricity crisis in South Africa requires some innovative thinking to solve it in the short term and acutely highlights the need for a long-term strategy to secure South Africa’s economic future and the prosperity of its people. While we have a crisis, we also have a catalyst to change how we use electricity and how we generate electricity in decades to come.

In the short term, Eskom and the government will need to:

• cut the sale of electricity to neighbouring countries;

• terminate illegal connections to the grid and prosecute offenders;

• allow private gas-fired turbines to add current to the grid, that is, fast-track their incorporation by removing bureaucratic red tape; and

All of this has to be done with the utmost speed and minimal red tape. Hire people who can get the job done — this is no time for messing around.

In the long term, we need investment in solar technology at three levels:

• at municipal level; and

• at a national level.

South Africa has one of the sunniest climates in the world and should capitalise on a solar power revolution not only to light up our own economy and homes, but also those in the rest of Africa.

Let us consider the small user first. It is important to realise that some major innovations in materials science have in the past seven years led to the development of cheap, thin-film photovoltaic materials (PV materials) that allow the manufacture of affordable solar panels at a cost of around R7 per watt (www. nanosolar.com/technolog.htm).

Expensive crystalline silicon solar panels are in fact a thing of the past and this cost per watt is competitive with coal-fired power, at least in the United States. In most cases, the PV material is a laminate or a nanoparticle coating on a stainless steel or other metal foil. These sheets are roof-mounted and connected to an inverter which allows the direct current (DC) generated from the solar panel to be converted to alternating current (AC) in a home or business. As a bonus, when the demand is low in a home during the day, the AC generated is fed into the grid, the electricity meter spins in reverse, and the home user supplies power to the grid. A typical home installation generates around 2,5 to three kW of power.

How do we get this off the ground? We follow the route Germany took in 2003 with government-sponsored installation of solar technology. Today Germany has 300 000 mainly small installations generating around three gigawatts (GW) of power, mostly from older silicon-based panels (http://environment.newscientist.com/article.ns?id =mg19626336.000). This is more than South Africa’s current power deficit of some 2,5 GW (and Germany is not particularly sunny).

In South Africa, we could use a different and possibly highly effective approach via tax rebates (since Sars is one part of the government that works). If a taxpayer installs a solar system in his or her home, then in the following tax year, the user files a tax deduction of 75% of the value of the installation. In year two after the installation, a tax deduction of 15% to 20% of the installation is filed. The small user pays for five percent to 10% of the installation costs only and the tax revenue stream to Sars is impacted in a stepped manner for each taxpayer who installs a solar system. Moreover, excess power fed into the grid generates revenue for the user because the power utility company (Eskom) pays the user per watt generated at a competitive rate.

The advantages are clear. Small users may derive most, if not all, of their power from a three-kilowatt (kW) solar array and may even earn revenue for generating excess power for the grid.

At a city or metro or municipal level, cheap-to-run solar concentrators (www.appropedia.org/Understanding_Solar_Concentrators) could be quickly constructed and brought online in as little as two to three years (depending on the size of the installation).

The most reliable 354 megawatt (MW) solar concentrator has been running since the late eighties in Kramer Junction, California (www.parc.com /research/publications/files/5706.pdf) and consists of parabolic reflective troughs that concentrate sunlight to heat oil in a pipe that, in turn, heats water to produce steam that drives conventional steam turbines (such as those used in coal-fired power stations in South Africa). The reflectors need not be mirrors, but could in fact be polished aluminium sheets manufactured by Hulamin in Pietermaritzburg. The power generated depends on the number of panels and turbines, but small plants of 80 to 100 MW located in 10 major cities in South Africa would add 1 000 MW of power to the grid in as little as two to three years.

Very importantly, the technology exists, is relatively “low-tech”, cheaper than PV materials, safe to operate and uses free energy from the sun. Of course, there are no emissions other than steam from such power stations. This is critical from the viewpoint of future generations of South Africans.

Finally, at a national level, several large solar concentrators or PV arrays could be constructed in the Karoo and Kalahari regions to farm sunlight in hot, sunny, flat and otherwise under-utilised areas. Here we are talking arrays spanning several square kilometres generating 100 to 400 MW of power in each plant. I believe it is crucial for South Africa to invest heavily in solar technology, both cheap and simple (solar concentrators) and high-tech (nanomaterials and thin-film photovoltaic systems), as a matter of urgency and national priority.

It is also highly appropriate to consider that such an initiative would create jobs for thousands of skilled and semi-skilled workers. Clearly, we have a crisis at the moment because Eskom under-generates power for a rapidly expanding economy in South Africa. How we get out of this nightmare situation is in fact all that matters now. Cool thinking and wise investment of money, resources and infrastructure will catapult South Africa into the solar-powered age (alongside California, Australia and Spain).

It is absolutely critical for the politicians, Eskom and the public to throw their weight behind fast solar power for South Africa and, in years to follow, the rest of sub-Saharan Africa. The bickering and fighting that leads to zero action and performance in the government needs to stop. The public is clear about why we are in trouble with insufficient power. Arguing who is incompetent and who is not is pointless.

If we do not get our act together as the most advanced country in Africa, then it is obvious that the African renaissance and socio-economic recovery we have all begun to enjoy will crash spectacularly — on take-off, to be precise.

• Orde Q. Munro is a professor of inorganic chemistry at the school of chemistry, University of KwaZulu-Natal.