The legacy of prejudice 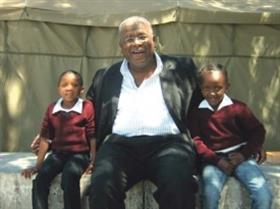 I was waiting outside the Apartheid Museum situated near Johannesburg’s Gold Reef City for Professor Jonathan Jansen. My cellphone rang. He had been held up in traffic, so I sat watching coaches delivering squads of school children, mainly black, coming to visit the museum. However, one school group was predominantly white, just a sprinkling of black faces including two black teachers. Before entering the museum one of these teachers provided some context, trying to explain apartheid to children born well after its end. “This system was so ridiculous everyone was classified according to colour — Chinese were non-white,” he said and got a big laugh. There were some Chinese children in the group. “Yes, you can laugh, that’s how absurd it was.”

The consequences of that absurdity is the subject of Jansen’s forthcoming book Knowledge in the Blood: how white students remember and enact their past. Although it is only due out early next year, the book has already made waves, particularly in the light of the racist behaviour of white male students at the University of the Free State, which it helps explain although not excuse.

“I didn’t plan to write a book,” Jansen tells me after he has successfully battled the Johannesburg traffic and we are sitting over a late breakfast. “When I joined Pretoria, the last thing on my mind was to write a book. I came with the idea of planning changes. I was this black guy with a chip on my shoulder: ‘I know what’s good and I know what needs to be changed’.”

Such presumption came up short when Jansen began to listen to what was being said around him. “I became fascinated by what I was hearing from my students and from remarks I heard in the street. I thought I must keep a diary.”

Jansen also got responses to the column he then wrote for Beeld (he now writes a column for the Times and Die Burger). “After a couple of years, I began to wonder how I was going to put all this together.”

In 2007, having obtained a Fulbright scholarship and funding from the Oppenheimer Foundation, Jansen returned to Stanford and set about writing. “Within the first two months I had written a book, one that was supposed to take a year. I finished it at 3 am. But I felt terribly uneasy. There was something dreadfully wrong with it. I took it down to the dumpster and threw it away.”

What was wrong with it? “I had written it from the perspective of the university’s leadership team. It was all about ‘how we changed these white kids’. But I realised how profoundly they had changed me.”

Jansen realised he really had two stories to tell. “One was how these kids hear about the past, how that is taken on board and the consequences of that. Secondly, there was how I grappled with this and how it changed me. We are all of us together in this dance. So I wrote that book.”

Knowledge in the Blood sets out to answer a question that had long nagged Jansen: “How is it possible that young white students, born around the time of Nelson Mandela’s release from prison, could hold such firm views about the past, such rigid views about black people and, especially among the boys, such fatalistic views about the future?”

These were white students who had no direct experience of apartheid, as he says in an article titled “Bitter knowledge”: “They did not live as masters and madams through the worst years of racial oppression. They did not police the townships during states of emergency and the boys did not have to face the trauma of compulsory military service on and often beyond the borders of South Africa. Despite the fact that these were, technically speaking, post-apartheid children, their beliefs and behaviours mirrored those of their parents — the people who upheld, supported and benefited directly from white domination in the decades before they were born.”

Jansen found an answer when he came across Eva Hoffman’s book After Such Knowledge. Hoffman posed a similar question, with reference to the Holocaust. “How is it,” she asks, “that as second generation Jews, who did not live through the horrors of the Holocaust as did our parents, we nevertheless behave as if we were there?” She names this phenomenon “the paradox of indirect knowledge”.

“She attributes this indirect knowledge to the intergenerational transmission of spoken and unspoken knowledge from the parents who were there, to the children who were not. The consequences are devastating for the second generation, for they bear and express the bitterness and the loss of their parents long after the initial terror was actually lived. I knew immediately that this insight stretched way beyond the trauma of the Holocaust. It explained the beliefs and the behaviours of my white students.”

So what exactly do white students take on board? “That is what shocked me,” says Jansen. “I thought, like a lot of others, that Afrikaner kids were accepting the idea that ‘we have come from an evil past and are going into a bright future’. But no, that wasn’t the case.”

Jansen says there are three main components these students take on board from their home, school and church backgrounds. “First is the idea of racial exclusivity. As Willem de Klerk says ‘it’s deep in the protoplasm’. They will be the last people to be integrated.

“Secondly, there is the idea of racial superiority. There is the perception that black means incompetent. The current situation with the government feeds into this. They forget that John Vorster was removed by P. W. Botha and that Botha was removed by F. W. de Klerk. They see the current change as a direct result of black incompetence.

“Thirdly, there is their sense of racial victimisation. They are certain that the new ruling class is out to get them.

“And all these structures — home, school and church — give the same messages,” he says. “Then they come to a museum like this and everything ruptures and falls apart.” To give an idea of how this might feel Jansen quotes a line from the film A Beautiful Mind about John Forbes Nash Jnr, a mathematical genius who overcame schizophrenia to win the Nobel Prize. Jansen knows the line off by heart: “ ‘Imagine if you suddenly learnt that the people, the places, the moments most important to you were not gone, not dead, but worse, had never been. What kind of hell would that be?’

“In a museum like this the stories they are told are blown apart,” says Jansen. “It forces them to question their parents, their religion and their culture. They are driven to a sense of fragility, a sense of shame and a sense of brokeness.”

Not that Jansen is a fan of the Apartheid Museum. “It’s all told from one point of view,” he says, noting that whites who played a part in the struggle are sidelined from the main displays and that black complicity in apartheid — in the tricameral parliament, the creation of the “homelands” — has been airbrushed out of the picture. “In fact the number of activists against apartheid was a relatively small group,” he adds.

If white Afrikaner students find their world view “blown apart” by the museum’s displays, what effect do they have on black students? “They have the same fixed views,” says Jansen. “Different views but similar. They are also a group of young people who are bitter. The Apartheid Museum feeds that bitterness towards white people.”

In Jansen’s view, the museum presents a simplistic picture: whites bad, blacks good. “To simply say these are racist whites is too easy — you have to understand their feeling of displacement after being in power for so long. The museum lacks the ability to look at yourself in the other guy’s shoes.”

That ability, that understanding, according to Jansen, is the key to reconciliation. He talks about the narrow line between victim and perpetrator, and quotes from another book about the Holocaust, Inga Clendinnen’s Reading the Holocaust: “ ‘There is a major mystery about understanding. It must begin with sympathy — the recognition of a shareable human condition’. I don’t think this country can get very far unless there is recognition of likeness.”

• For the full article “Bitter Knowledge” check the website www.herana-gateway.org/article/41