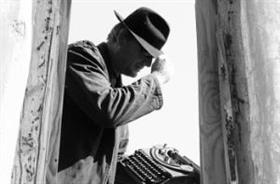 Finally. At last. The heathens from the hinterland have returned to their loathsome lairs. They have driven up prices, frightened the children and left our beaches awash in broken brandy bottles and rusty fish hooks. Slowly, our bars, beaches and mortuaries are once again filling up with locals. That’s the good news.

The bad news is that September will see a whole new generation of mewling, puking brats being extricated from the loins of women whose idea of celebrating the birth of Jesus Christ was to drink heavily and fornicate relentlessly with complete strangers, none of whom were me.

Some women couldn’t wait, apparently, and were dropping their drawers as early as March. On December 25, the lead item on the evening news was a story about the first baby born on Christmas morning. A reporter spoke to the teenage mother in hushed, reverential tones as if she were interviewing the Virgin Mary and not Mary from Manenberg.

Instead of being interviewed, this wretched strumpet should have been dragged from the maternity ward by the Procreation Police and charged with wilfully copulating without due regard for the consequences or, in the alternative, adding to the global-warming crisis. She should have been publicly flogged, not put on national television and lauded as some sort of evolutionary miracle worker.

There is nothing on the statute books that says I can’t go to Bellville for the weekend and impregnate 300 unhappily married women. Given the statistical probabilities governing twins and triplets, and the fact that I have sperm with the tenacity of tiger fish, I could easily fertilise 500 embryos by Monday. But let me have three beers to calm down afterwards and the first roadblock I hit, I’m treated like a common criminal and thrown into jail to have my bottom ravaged by a fighting general in the 28s.

I once tried to get a free dog from an animal shelter and a woman with the face of a diseased kidney said she would first have to inspect my property to see that it was suitable for the skanky brak. Obviously I could not have her poking around my house. It’s barely fit for human habitation, thanks to Brenda’s aversion to housework.

I showed her my ID to prove that I was 100% Caucasian and, therefore, genetically disinclined to harvest the hound’s organs for muti or crossbreed it with a leopard so that I could win the Friday-night fights in Mitchell’s Plain, but she was having none of it. No inspection, no dog. I threatened to burn the place down but she bared her teeth and I left quickly.

So I can bring newborn babies into my house by the armful without any kind of inspection, but not a dog?

This country is full of people too stupid to even pass their driving test and yet they are entitled to create humans without passing a single test. What manner of dystopian hell are we living in?

Speaking of which, I’ve just had my parents staying with me for the past two weeks. They live in Durban and got married at 20, my fault, apparently, and they have been together for 50 years. That’s their fault. They arrived in a white-trash motor home with two senile Maltese dogs and a long line of cars that had been trying to overtake them since Umtata.

I never know where to take my parents when they come to Cape Town. They don’t gamble or smoke dope, nor do they catch fish or ride bicycles. So I took them to Cape Point where the two oceans don’t meet and the wind threatens to pick you up and dash you against knots of Waffen-SS veterans who approach the walk to the lighthouse with the same single-minded determination that Hitler approached Poland.

The reason I avoid Cape Point is the same reason I avoid Mount Everest. You get to the top, fall to your knees, cough up a little blood, shout at the sherpas, or in this case, the Germans, and look at the view. Unless you’re prepared to adopt the lotus position and chant om mani padme hum in the hope of achieving enlightenment, I have always found that scenery can generally be dealt with in 30 seconds or less, particularly if there’s a chance that a rogue baboon could come along and rip out your throat just as God is about to reveal himself to you.

We also went camping in the Cedarberg. Since my parents insisted on bringing their geriatric dogs along, it had to be a dog-friendly camp site. As everyone knows, the only camp sites that take dogs are those run by inbred Afrikaners battling to save their farms from being repossessed by the bank, the government or the foetal alcohol victim with no front teeth who lives in the shack down by the dam.

We paid R50 per person and R50 per dog. For that, we got a patch of ground that looked like it had been cleared with napalm. The only way I could survive the 40-degree heat was to drink gallons of warm beer and strip down to the camouflage print shorts that Brenda gave me for Christmas.

I have steered clear of military gear ever since I sent out the wrong signal and lost us the war in Angola. What can I expect for my birthday — a pair of night-vision goggles? A steel helmet?

The early onset of alcohol poisoning, or what my mother called tick-bite fever, forced us to flee after only one night. Back home, the filthy southeaster raged for six days, causing the family to turn on one another like a pack of caged lab rats.

At one point, my mother shouted: “Where’s that old bastard?”

I replied: “He’s sitting outside in the garden.”

She gave me the lazy eye and said: “I’m talking about the dog, not your father.”

I need a holiday.