Time for Concert in the Park

The Concert in the Park, Pietermaritzburg’s musical event of the year, is coming up again. 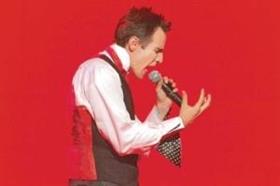 THE Concert in the Park, Pietermaritzburg’s musical event of the year, is coming up again. This year the Botanical Gardens will play host to the KwaZulu-Natal Philharmonic (KZNPO) and exciting soloists on June 22.

The performers include Joseph Clark and Melanie Lowe fronting the KZNPO with music from Queen — Don’t Stop Me Now, Crazy Little Thing Called Love — and Robbie Williams, along with classics like Unforgettable and All By Myself. The soulful playing of guitar virtuoso Rowan Stuart will be featured in Parisienne Walkways.

Born in Texas, multi-talented Clark has won awards locally for acting, singing and dancing and is particularly known for his powerful renditions of the big rock anthems, particularly the music of Queen.

Lowe, an Idols finalist, has built a local following across a broad section of the general public.

In the first half of the concert, the KZNPO under the baton of Russian-born Naume Rosine takes centre-stage in a varied classical selection including Vivaldi’s Four Seasons, Bizet’s Carmen and Borodin’s In the Steppes of Central Asia. Featured soloists include Music Revival’s Christopher Duigan playing the Adagio from Beethoven’s Emperor Concerto and the Pietermaritzburg Caledonian Pipe Band who once again perform Highland Cathedral with the orchestra.

The prelude performance is the successful 70s Show, as recently staged by Maritzburg College and Epworth. This features vocal and instrumental numbers including Desperado, More than a Feeling, Teach Your Children, Father and Son, I will Survive and I Can See Clearly Now.

The Concert in the Park supports the Thandanani Children’s Foundation, a local community-based care and support organisation for orphans and other vulnerable children.

The Concert in the Park runs from noon to 4.30 pm. Tickets are R80 for adults, R70 for pensioners and R35 for children under 16 years.