Turning on the magic

“MY aspiration has been towards an international market, to push beyond the boundaries of South Africa,” says Howick-born Joash Duwayne Perumal, who goes by the name of ­Jae-Magic. He is currently in talks for a deal with United States-based record label Roc Nation, which houses artists such as Jay-... 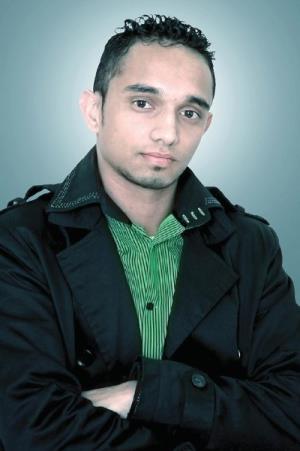 “MY aspiration has been towards an international market, to push beyond the boundaries of South Africa,” says Howick-born Joash Duwayne Perumal, who goes by the name of ­Jae-Magic. He is currently in talks for a deal with United States-based record label Roc Nation, which houses artists such as Jay-Z and Rihanna.

Having been in the market just 10 weeks, his track Edge Of The World, which was submitted to Radio 106 by his management company Bootcamp Enterprises, the song caught the ­attention of U.S. promoters at Roc Nation.

“It feels good,” says the 27-year-old. “But at the same time, my head is not in the clouds about it. At the end of the day, it’s about what’s on paper, and what’s in the contract is very important.

“At this stage, I feel I am breaking, but I haven’t broken [into the industry], which means that my music has reached a level that I want it to be, and I can improve on it.”

Perumal started his career six years ago in Pietermaritzburg, while studying at Varsity College. His music is created from a variety of tastes and styles, including hip-hop, pop and R&B fusion.

“My two friends used to come to Howick on weekends, and we used to sit and work on songs,” he reflects, as a smile spreads across his face. “It was a really fun experience … it was also a waste of time. You’ve got to start somewhere, but there’s a cost factor to everything you do,” the B-Com graduate points out.

As he reflects on his upbringing in KwaZulu-Natal, music wasn’t the career choice he aspired to from a young age. “I grew up in Howick from the age of five. I lived in Howick West at my grandparents’ house, and had a very quiet upbringing there … you know, farm life.”

He attended Howick Secondary until Grade 9, before making the move down to Port Shepstone with his father, where he currently resides.

“But I loved being in Howick. You get so used to the environment, you get to know people. People say it’s a small place, but there’s love in that place.”

Currently, he is looking at a new music-video shoot in California on Sunset Boulevard. “It’s quite a lot to take in right now, but I’m just excited that God has blessed me with such a wonderful opportunity to go out and do something with what I have.”

He has some insight for aspiring musicians. “One thing my manager taught me is that for every 60 songs you record, there are only about five or six good ones. It’s a proven fact.”

Perumal’s first A&R review one was with one Ervin Santiago from Def Jam Records, who said the song wouldn’t work because the style was competing with the likes of Black Eyed Peas. “He said: ‘Why would I want to put your song in my catalogue, which has that genre already?’… from that point, I’ve thought hard about the kinds of songs I record.

“You have to get your music professionally reviewed by A&R companies, not your friend. Your friend will obviously lie to you and say ‘Hey, this song is nice,’ and then you think you’ve got a hit and you send it to radio and they go: ‘What rubbish is this?’… you’ve got to accept the fact that there’s something wrong with it, and you’ve got to go back and fix it.”

So far, that approach seems to be working.

•  Watch out for Jae-Magic’s debut release, The Music In Me.