Two hijacks in a row

HIJACKERS who shot and killed a man in the Pietermaritzburg city centre on Wednesday night, minutes later shot another man for his car when they couldn’t get their first victim’s car to move... 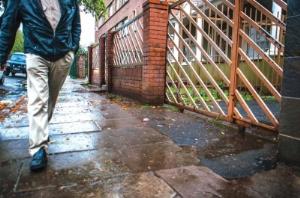 HIJACKERS who shot and killed a man in the Pietermaritzburg city centre on Wednesday night, minutes later shot another man for his car when they couldn’t get their first victim’s car to move.

The hijackers shot and killed Sandile Hadebe (36) in Prince Alfred Street on Wednesday night and tried to take his car but failed and fled on foot. A few minutes later they cornered another unnamed man, aged 37, shot him, and stole his VW Golf. The car was used as a getaway vehicle and was later found abandoned in the Mountain Rise area.

Police yesterday did not release the name of the second victim.

Hadebe, a sales representative for a local liquor depot, was driving up to the gate at his home in Prince Alfred Street when he was attacked. The other victim was parked in Watt Lane a few houses away when he was shot in the abdomen; he is currently recovering in hospital.

Attempts to speak to both men’s families yesterday were unsuccessful.

Hadebe had lived in his rented accommodation for the past eight years.

A young woman, who asked not to be named, yesterday said she watched in horror as the hijackers pulled Hadebe from the car. The woman, who said she was in fear for her life, said she was accompanying a friend who had visited her when she witnessed the shooting.

She said. “We were coming out of our gate and we heard a gunshot. We paid no heed to it because there are gunshots here almost every night; we thought it was just someone getting robbed.

“As we came out, we saw two men trying to drag Hadebe out of his car. They pulled him out and threw him near the rubbish bin face down. I heard one of them saying, ‘hurry up, brother’.

“The other guy struggled to drive the car as it kept moving forwards towards the closed gate and back. It kept doing that until they abandoned it and fled towards us on foot. When we [saw them coming towards us] we also fled to a nearby house fearing for our lives.”

She said: “Moments later we heard another gunshot. They had shot a guy from Imbali, who was apparently waiting for his girlfriend, and they managed to steal his car.”

The traumatised young woman described the area as very unsafe and said she was contemplating moving away from it. “This was terrible; it’s the first time that I’ve seen someone being killed.”

A police officer, who asked not to be named as he was not authorised to speak to the media, said when they got there, Hadebe was already dead.

People who knew Hadebe described him as a gentleman. “He has been living here for the past eight to 10 years, he was a gentleman and a God-fearing man.”

The source said the area, although relatively quiet, was being overrun by prostitution and criminals.

“The police need to clean up the area. There are prostitutes here and there is that demolished house down the road which the owner cannot be bothered about.”

Colonel Jay Naicker said police were investigating a case of murder, attempted carjacking, carjacking and attempted murder. He said no arrests had been made.

The second victim is recovering in hospital, but was unable to speak to the media yesterday.