The Bush administration's dogged refusal to accept any hard targets for reductions in greenhouse gas emissions had simply exhausted everybody else's patience. 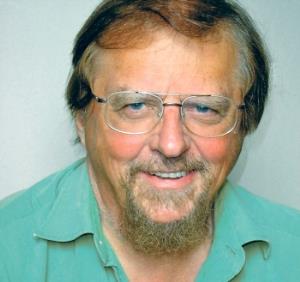 Last month in Bali, as the talks on a new climate-change treaty to replace the Kyoto Accord reached a crisis point, the United States was actually booed by the delegates of more than 180 other countries at the conference. The Bush administration’s dogged refusal to accept any hard targets for reductions in greenhouse gas emissions had simply exhausted everybody else’s patience. But in less than a year there will be a new president and then the U.S. roadblock will be removed. Won’t it?

Hillary Clinton, Barack Obama and John Edwards, the three serious contenders for the Democratic presidential nomination, have all pledged to cut U.S. emissions by 80% from 1990 levels by the year 2050, and all three accept that this can only be achieved by legal caps on emissions. The leading Republican candidate, John McCain, makes the same promises, except that he is only aiming for 65% cuts by 2050.

As for the other Republican candidates, Mike Huckabee also supports emission caps, although he has not proposed any specific target for cuts. Mitt Romney has made no commitments at all and pulled Massachusetts out of a regional deal to cut carbon dioxide emissions from power plants when he was governor. Rudy Giuliani isn’t even sure that there is any connection between human activities and global warming.

But the likelihood of any Republican candidate winning the 2008 presidential election, in the midst of what is shaping up to be a quite nasty recession, is small. Even now, McCain is the only one who consistently holds his own in the polls when he is matched against any of the three Democratic contenders. So we can probably assume that the next U.S. president will be serious about climate change Ñ but that does not automatically remove the roadblock.

None of the candidates has agreed to sign up to any climate-change treaty that does not require the rapidly developing countries, above all China and India, to accept specific obligations too. George W. Bush used the exemptions for those countries in the Kyoto Accord as an excuse for rejecting the whole process, but the demand that they make their own commitments to control emissions is strong and bipartisan in the U.S.

Why is this an American bottom line? Because the U.S. is the world’s greatest power and almost every senior official and politician in Washington believes that it should stay that way forever.

It will not, of course. The rapid economic growth of the two Asian giants practically guarantees that the U.S. will be just one of the three great powers by mid-century, for economic strength is the source of most other forms of power. But it still makes a difference whether that happens in 2025 or 2045, especially to Americans.

Nobody in Washington is prepared to give the emerging great powers a free pass on emissions, because they are afraid that it would help them to catch up with the United States. Any climate-change treaty that the U.S. signs, even under an administration that takes the problem with the utmost seriousness, will have to respect that concern.

The U.S. position is not actually so distant from that of the other developed countries. Being less concerned to safeguard their relative positions in the pecking order, the Europeans, the Canadians and the Japanese were willing to let the developing countries have a 15-year free ride under the Kyoto Accord. After all, the excess greenhouse gases in the atmosphere now were almost all emitted by the old industrialised countries Ñ and back in 1997, they didn’t realise how urgent it was to make deep cuts in emissions.

But they always intended that the developing countries should accept a share of responsibility for future emissions under the follow-on treaty to Kyoto, which is the one now being negotiated. Not an equal share, of course, because they are still relatively poor and their per capita emissions are vastly less than those of the developed countries, but they cannot just let their emissions rip.

The post-Bush U.S. is not going to be a pushover on emission targets for developing countries and it will have all the other industrial countries as its allies. There is just no point in France or Canada cutting their emissions if China’s and India’s are growing at 10% a year.

* Gwynne Dyer is a London-based independent journalist whose articles are published in 45 countries.