THE face of a man who allegedly heated a kettle and poured boiling water over six people — including a toddler — during a robbery was imprinted in the minds of his victims ... 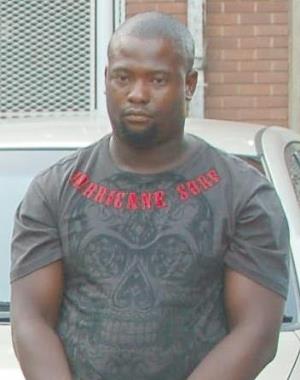 THE face of a man who allegedly heated a kettle and poured boiling water over six people — including a toddler — during a robbery was imprinted in the minds of his victims.

This was said yesterday by the police investigating officer, Warrant Officer Swami Pillay, who is opposing bail for two of the three men who are charged in the case.

At this stage only Mvusi Dlamini (28) and Lucky Mbonambi (26) have applied for bail.

The third accused, Siyabonga ­Mchunu, has not applied for bail.

Pillay said Dlamini was the person who had tortured the victims by pouring boiling water over them while the gang was demanding more money. Among those allegedly tortured in that fashion was two-and-a-half-year-old Ahmed Lakhi.

Asked by prosecutor J. Maphumulo if the witnesses who had identified Dlamini on a police identity parade could have been influenced by photographs in the press, Pillay replied; “Because of what he did to them accused one’s [Dlamini’s] face was imprinted on them.”

He said the witnesses had about 30 minutes to observe Dlamini during their ordeal.

The three accused appearing in New Hanover before Magistrate Ross Stewart are among five suspects who were arrested in March this year in connection with the robbery with aggravating circumstances of members of the Lakhi and Valli families at Albert Falls on the night of February 26.

Charges were withdrawn against two suspects who are expected to give evidence for the state when the case goes to trial.

Four suspects are still at large.

According to the present charge sheet, the accused are charged with robbing Ahmed Lakhi of goods to the value of R52 000, comprising R16 000 in cash, jewellery worth R35 000, a firearm, cellphone and petrol card.

They are charged with robbing Firoza Valli on the same occasion of items totalling R115 600, including R40 000 cash, a wedding ring worth R25 000 and other valuables.

During the robbery, it is alleged, they assaulted six people with intent to do them grievous bodily harm by pouring boiling water over them.

The accused are also charged with fraud arising from various purchases of petrol with a stolen petrol card, theft of a Toyota Run-X at Morningside in Durban on January 23 this year, possession of six live rounds of ammunition and unlawful possession of a .45 Norinco pistol. The bail application hearing will continue on June 19.