A PROMISE to retire from comedy immediately if he slips up and swears in his new show, POW!, is helping to keep comedian John Vlismas on the straight and narrow.... 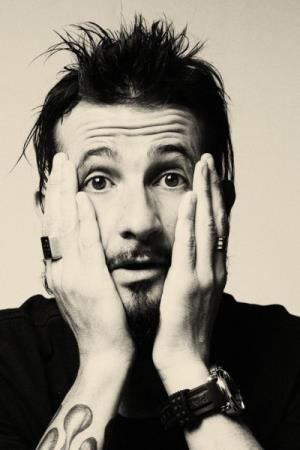 A PROMISE to retire from comedy immediately if he slips up and swears in his new show, POW!, is helping to keep comedian John Vlismas on the straight and narrow.

“I have to do it, because I’ve had a look and there aren’t any jobs I like out there,” he says.

POW! was born when Vlismas, who was born in Zimbabwe and grew up in Durban, accepted a challenge from his manager to present a 70-minute comedy show without using any of his trademark swear words.

“It’s not really that hard. It’s just a matter of thinking how can I make a show that’s just as challenging, just as dangerous and just as funny without using all my favourite words,” he explains. “If Julius Malema can get where he is, and George Bush can score two terms, and Steve Hofmeyer can survive a suicide bombing by his own colon, why can’t I be ‘black and clean’?

But while he’s enjoing the creative challenge the new show presents, Vlismas says he has no plans to give up his colourful expletives any time soon, saying: “If we all swore openly, the world would be a better place. You only empower words by keeping them away from people.”

So what can fans expect from the king of the Comedy Underground in Johannesburg? “It’s a fairly goofy show, but there are some darker tones,” he replies. “I believe comedy and horror are neighbours. You have to be able to acknowledge the horror in every situation before you can get to the comedy.”

What that means is that there’s no topic he shies away from, not even disasters like that involving the Air France jet over the Atlantic, rationalising that, if you can’t laugh in the face of disaster, you will be miserable for the rest of your life.

“I believe it’s my job to question and provoke people, so if you come to my show with a closed mind, you won’t get the full benefit.”

Joining Vlismas on stage at the Heritage Theatre in Hillcrest from June 16 to 21 is Durban’s Simmi Areff. “I’ve seen a lot of Simmi’s work and I think he’s very humble, very funny and someone who works really hard at his comedy,” he said. “I really believe in encouraging comics to get as much stage time as possible. That’s why I asked Simmi to open. I love watching people who have talent and work hard.”

Away from the stage, Vlismas is indulging in a new passion — painting — and in April this year the self-taught artist staged his first exhibition, Off The Reservation, at the Obert Contemporary Gallery in Melrose Arch.

One of his works will be raffled during the Durban run to raise money for KZN theatre luminary, Garth Anderson, the founder and artistic director of the Actors Co-operative, who was diagnosed with diabetes seven years ago, and has become more and more physically debilitated.

“I couldn’t make it to Garth’s show [Laugh Out Loud with Mark Banks & Noel Coward at the Elizabeth Sneddon Theatre in Durban on June 1], but I wanted to show my support,” Vlismas said. “One of my first jobs was being a dresser for Garth Anderson in a pantomime at the then Napac.”

The painting will be on display nightly at the Heri­tage Theatre and patrons will be able to buy tickets, priced R50, up until the draw on Sunday, June 21.

Comedian John Vlismas presents POW! at the Heritage Theatre in Hillcrest from June 16 to 21. Tickets cost R190, which includes a two-course meal. To book, call 031 765 4197 or go online at www.heritagetheatre.co.za