Watershed back in Durban

Award-winning band Watershed (pictured) is returning to The Barnyard Theatre at Gateway for three shows from 23 to 25 January. 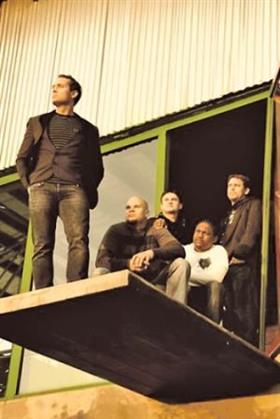 Award-winning band Watershed (pictured) is returning to The Barnyard Theatre at Gateway for three shows from 23 to 25 January. Originally only scheduled for two performances, after sold out performances in the venue in the previous two years, they have now been booked for an additional show.

Watershed are starting off 2008 with their Kick Back summer tour, and they will perform a mix of music from their three albums — In The Meantime (Platinum), Wrapped In Stone (Gold) and Mosaic (Platinum). The band consists of Craig Hinds who is lead singer and plays rhythm guitar and piano, Nic Rush on lead guitar, Hylton Brooker on keyboards, Peter Auret on drums and Ozzy on bass guitar.

Tickets are R130 per person. Seating will be as for normal shows. Inquiries: Barnyard at 031 566 3045 or e-mail gateway@barnayrdtheatre.co.za