WAS your rubbish collected this week? If it was, count yourself fortunate — over half the households in the country go without any refuse collection at all. As for recycling, most people think it’s something involving Lance Armstrong. South Africa — not just Pietermaritzburg — is up to its neck in r... 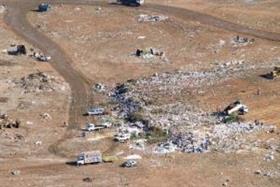 WAS your rubbish collected this week? If it was, count yourself fortunate — over half the households in the country go without any refuse collection at all. As for recycling, most people think it’s something involving Lance Armstrong. South Africa — not just Pietermaritzburg — is up to its neck in rubbish.

Refuse and recycling should go together like two sides of the same coin. What’s recyclable is reusable so recyling reduces the amount of refuse while working with waste holds out the promise of jobs and income. And let’s not forget the planet — currently on its last gasp — as the increased use of recyclable materials means a decrease in greenhouse gases.

There’s money in rubbish and we need to change the way we think about it. “The Waste Act of 2009 sees a move from waste management to resource management,” said Yusuf Bhamjee, mayor of the uMgungun­dlovu District Municipality (UMDM), who sees recycling as the route to creating green jobs and putting a brake on climate change.

“We are committed to developing the recycling sector. Waste can become the foundation of the green economy.”

Bhamjee was speaking at the Recycling Summit which was held in the city last week and was organised by the Msunduzi Innovation and Development Institute (Midi) (see box) who have formed a strategic partnership with the uMgungundlovu and Msunduzi municipalities to improve waste management and introduce advanced waste-management systems.

The summit also provided a ramp for everyone in the rubbish chain — from landfill-site waste pickers to those operating sophisticated material recycling facilities (MRFs) — to strut their green credentials and show the rest of us how it should be done. We need to know. It is estimated that within the UMDM, less than 10% of recyclable materials is recovered for recycling, yet the current value of these materials is over R70 million a year. We are dumping money.

Over the past two years, the UMDM has been developing an integrated waste-management plan for all seven municipalities within the district, as well as starting a feasibility study into recycling and treatment prospects within the district. This isn’t about “nice-to-haves”. In terms of the new Waste Act, municipalities now have a mandatory obligation to provide infrastructure and services which enable increasing recovery of recyclable materials and the treatment of organic waste.

The UMDM has a population of over a million, according to UMDM municipal manager Sbu Khuzwayo, with an unemployment rate ranging from 34% to 70%, depending on whether you look at an urban or a rural area. Fifty-four percent of that population has no access to refuse collection and the recycling rate is less than five percent. Khuzwayo sees waste management as one way of addressing the “massive challenge” of unemployment. “Recycling is the fastest growing source of green jobs.”

Riaz Jogiat, UMDM’s acting manager of municipal functions, said that the area generates 244 760 tons of waste per annum and that the largest amount (139 457 tons) is household waste. This goes to the landfill site at New England Road. Yet 40% of that household waste is recyclable.

Households should only be black-bagging 20% — the unrecylable stuff — but Jogiat estimates that it would take five to 10 years to change mindsets and reduce that figure to 50%, let alone 20%.

“Lack of refuse collection in thearea makes the task even harder.”

Recycling is also a financial challenge as at present there are no operating budgets for recycling, yet we are destroying R40 million worth of recylables at the landfill.

There is currently an estimated R67 million worth of recylables in UMDM but no capital funding is provided for waste management at present and all waste management departments are running at a deficit. The question is how to turn this around and bring new income into UMDM. To increase charges for waste collection would incur the further wrath of ratepayers.

“The answer is recycling,” said Jogiat. “Put the money derived from that back into the waste budget and the result will be better delivery.”

The Msunduzi Municipality was a special focus at the summit given that the majority of solid waste in the district is generated and disposed of within the city of Pietermaritzburg at the New England landfill site. The situation there can only be described as disastrous, one that was inherited four months ago by John Gutridge, acting executive manager of Waste Management Msunduzi Municipality. He was previously the city’s head of disaster management. He must feel quite at home.

“We have no option but to recycle,” he said. Recycling is the only way to extend the lifespan of the landfill, which under current methods of usage has has only six to seven years left. To get a new site will take 10 or more years to pass the various legal checks and balances, which means Msunduzi will be without a landfill for several years. “We have to extend the life of the landfill site.”

“The landfill itself is a great cause for concern,” he said.

The findings presented by an independent environmental consultant, Nancy Oosthuizen, are just plain scary and indicate a history of mismanagement, negligence and bad practice going back years. For example, the leachate — the noxious liquid released from the dump — is supposed to be analysed twice a year. The last leachate analysis was done in 2007. It gets worse. The leachate storage and filtering facility is broken and leachate is now going into the Msunduzi River.

The vehicles that belong to the dump are broken and have not been fixed. Consequently, expensive plant is on permanent hire from outside providers. The weigh bridge is either broken or when it is working, not operated correctly. Records of who brings waste and what it consists of are haphazard. The security system has broken down and there is unregulated access to the site.

All this means that the site is being run illegally: it is less than 40% compliant with the requirements of the Waste Management Act.

And don’t think about closing it just yet. To close the landill site will cost R25 million to R30 million, an amount, apparently, that has not been budgeted for. And if the site is closed, it has to lie dormant for 15 years before any alternative use can be considered.

“It is a burden on our council, costing us R15 million a year to run,” said Gutridge. “It is an an untapped resource; it should be contributing to municipal income.”

Gutridge said there must be capital investment to reinstate some basic services and once the landfill site is operating efficiently, recycling would see it pay its own way. “If we are destroying R44 million in recyclables then it should be able to pay for itself.”

In response, city mayor Mike Tarr said there are two main problems: one is the landfill that needs to be addressed urgently and the other is refuse collection. To address this he fielded a proposal — subject to council procedures — to solve the refuse collection and litter problems in Pietermaritzburg.

Tarr suggested that litter become the responsibility of wards and ward committees and that these set up co- SMMEs (small, medium and micro enterprises) consisting of unemployed people who would be responsible for cleaning the ward. “What they collect is removed by the municipality.”

“Present methods of waste collection are not working,” he said. “They are in some areas but not in the townships.” Making waste a ward responsibility would avoid a one-size-fits-all approach. “What’s needed in outlying areas is not what’s needed in Wembley.” Tarr also requested Midi to come up with a model bringing together the municipality, the private sector and non-governmental organisations to deal with waste. But for any model to make sense it will have to transcend the concerns of the Msunduzi Municipality and take into account the environmental and waste management dynamics of the whole area. So a lot depends on the final shape of the UMDM Integrated Waste Management Plan.

The core business of Midi is to identify innovative and imaginative projects that address the key challenges facing the city and to promote cross-sectoral engagement in bringing these projects to fruition. See the website: www.midi.org.za