ALTHOUGH the Proteas won the third ODI against Pakistan by four wickets at Centurion on Saturday, it was hard work, with captain AB de Villiers highlighting certain ... 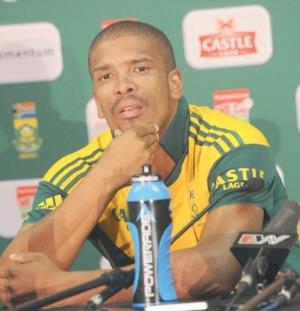 ALTHOUGH the Proteas won the third ODI against Pakistan by four wickets at Centurion on Saturday, it was hard work, with captain AB de Villiers highlighting certain areas for improvement.

“We still never chased as well as we should have, losing too many wickets along the way,” he said. “Our partnerships need more care and are something we need to pay attention to ahead of the big series against India.”

De Villiers acknowledged that the wicket was tough to bat on and he had to play a vastly different innings to his swashbuckling 74 from 45 balls in Port Elizabeth on Wednesday. His undefeated 48 this time around came from 63 balls and he admitted he could not play his normal free-flowing game.

“I had to be patient and absorb the pressure. The wicket was slow and two-paced and I could not go out there and start hitting boundaries as I had done in the previous match,” he said. “I had to play within myself.”

The Pakistan spinners slowed the game down and with India also having their fair share of spinning options, De Villiers said this was an area the Proteas had been working on. “Yes, spinners do slow the scoring, but it’s a matter of how we deal with the pressure and turn the situation around to our advantage,” he said.

“We have played well in patches and then tend to fall away. However, I believe we are more than prepared for India’s spinners, having played so much against the quality of Saeed Ajmal, Shahid Afridi and Mohammad Hafeez.”

India’s batsmen have been making merry of late against Australia and the West Indies, but again, De Villiers backed his players in South African conditions.

“I have complete confidence in our bowling unit and the key will be to look after the new ball and attack their batsmen,” he said.

Vernon Philander, man of the match on Saturday with his bowling figures of 3-26 from his 10 overs, said he was happy to be in the one-day squad and was adapting his game accordingly.

The Proteas start the ODI series against India on Thursday with a day/night match at the Wanderers.