2008 tour of Morroco: SA’s top riders back champ’s title aim. MTN Energade team captain Nicholas White has two major goals for the 2008 Tour of Morocco, which starts in Casablanca this weekend: to defend the title he won there in 2007 and to secure victory in the UCI Africa Tour. 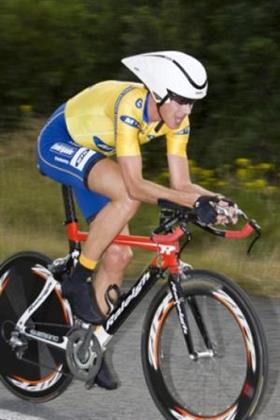 MTN Energade team captain Nicholas White has two major goals for the 2008 Tour of Morocco, which starts in Casablanca this weekend: to defend the title he won there in 2007 and to secure victory in the UCI Africa Tour.

White is going for this third victory in what is regarded as Africa’s toughest stage race, a 10-day, 14-stage haul over 1 528 km. His first victory in the event was in 1998 when he rode for the South African national team.

“It is a tough race … which is why we’ve selected such an experienced team. The stages are long and on some days there are double stages. It’s a race that requires patience and experienced riders know how to be patient,” he said.

MacDonald won a stage and was runner-up to White at the 2007 Tour of Morocco. He also won the Tour of the South China Seas in 2000 and packs enough speed to provide a solid lead-out for the sprinters, Lange and Van Heerden.

At 34, he’s not as prolific a race winner anymore, but his toughness often sees him in contention for stage wins and he’ll be looking to add to his 380 wins over the next 10 days.

Woolcock won the 2007 Tour of Egypt and claimed victory at last year’s Jock Cycle Tour, SA’s toughest one-day race. He’s a strong climber and will be one of the key wingmen in the mountains.

A string of injuries ended his tenure with the ProTour team last year and he’s fitted in well with SA’s leading Continental team as he recovers in a less pressured environment. Having completed two Tours of Spain, McLeod thrives on duration events and is a good bet for at least a stage win.

“Our main aim is to help Nic [White] win the tour, but I’m feeling really strong and free of pain finally and will definitely be out to win a stage if the opportunity arises,” he said.

Van Heerden is the “baby” of the team and will be tackling his longest race yet. The 21-year-old sprinter’s only international win was a stage at the 2007 Tour of Egypt and he’ll be looking for more North African success.

If nothing else, he’s surrounded by an experienced team and should learn a great deal from the event, but he’s had a quiet year and is eager to stand on a podium again.

White has been leading the 2007/2008 UCI Africa Tour since he won the Continental road and time trial titles in Cameroon in November 2007.

He holds a 123-point lead over his nearest North African rival, Hassen Ben Nasser, who is expected to lead the Tunisian national team’s challenge in Morocco.

“The route is different to last year so we’re not really sure what to expect,” said White.

“This year the race is mostly in the north and east and we’ll be racing on two coasts … so wind could well be a factor too. I’m not feeling as sharp as I did this time last year as I’ve battled a bit with illness, but 10 days is a long time and hopefully I can ride into my best form and defend my title.” — OC.