Who pulled the trigger?

Book of the week: Six Suspects by Vikas Swarup, published by Doubleday 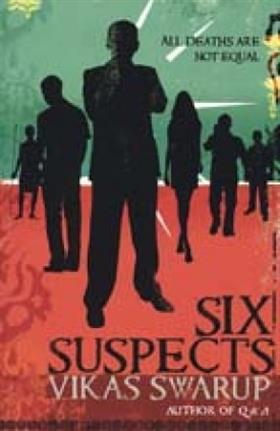 The heyday of the whodunnit, the “Queens of Crime” would confine their suspects in a country house, then give them all a motive to do away with the nastiest person there. The victim was duly dispatched, the police plodded in and eventually, through the cleverness of some amateur sleuth, we found that the butler did it. All very formulaic and good clean fun.

Vikas Swarup, whose first novel was the delightful Q & A, has taken the old formula and given it a vigorous shake to produce another excellent book. He has his suspects and his victim, but his canvas is the sprawling mass of contradictions that is India and his “detective”, an investigative journalist, keeps a low profile in the telling of the tale. Six Suspects is as expansive as its setting — each of the potential murderers is introduced at length. Swarup has chapters entitled The Bureaucrat; The Actress; The Tribal; The Thief; The Politician and The American. And once we have got to know them, their motives for wanting Vivek “Vicky” Rai out of the way are also explained.

Rai is a nasty piece of work — probably the nastiest in the book —but his possible killers are not all that appealing either, with perhaps one exception. Everyone is venal or at least willing to be corrupted. Swarup paints a picture of a corrupt society with a frightening undercurrent of viciousness and violence but he is not overtly moralistic. He makes his points with humour and the book is often laugh-out-loud funny.

Nonetheless, the ending offers its tragedy. It is here that Swarup shows up the society he has drawn for us, with its flaws and potential for chaos. His plotting is clever, and the ending manages to surprise — more than once. I loved Six Suspects from start to finish. Let’s hope Swarup — a career diplomat who is currently stationed in South Africa — continues to write.