Wide variety on offer this year

Grahamstown Festival: Comedy and music on the Fringe 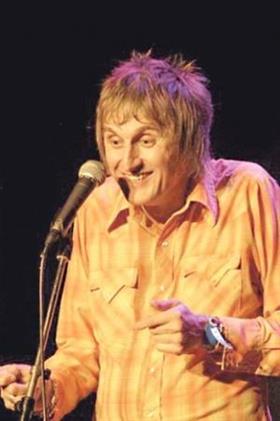 THE weather is getting colder — a sure sign that the National Arts Festival in Grahamstown is getting closer. The festival opens on June 26 and runs through to July 5. Most days, the action starts around mid-morning and carries on until late in the night.

Music and comedy on the Fringe programme will capture most of the late-night attention. Every night at 10.30 pm, Live and Kicking takes over the Scout Hall, featuring a minimum of three stand-up comedians, a house band, a bottle-brandishing “cocktails” barman and a whole lot of laughs. Emcees include Mark Sampson, David Newton and Stuart Taylor, while headliner comics will be Martin Evans, Rob van Vuuren and David Levinsohn, plus a gang of comedians from the fringe programme.

The Cuervo Music Room, supported by 5FM, is also unveiled at the Fringe Festival. This is at the Rhodes Club and will host a line-up of contemporary rock, pop and jazz musicians — The Dirty Skirts, Bed on Bricks, Flat Stanley, and (Stealing) Love Jones headline emerging contemporary SA bands in nightly concerts. Howard Roark, 10 Points for the Dismount, The Stereotypes, New World Radio and Five Men Three Missing join in these “late & loud” jam sessions — Late @ The Cuervo Music Room.

At the Bowling Club, the Centrestage Extravaganza on the last night of the festival (July 5) pays tribute to Fleetwood Mac, Josh Groban and “The Folk Lords” (Simon & Garfunkel, Crosby, Stills & Nash, and others) at 9 pm.

For those wanting something more cerebral, there is the Winter School — convened this year by Anthea Garman, formerly of The Witness and now a senior lecturer in writing and editing at Rhodes University. Theatre criticism will be under the spotlight when leading international theatre critics lead an open discussion forum for local critics, theatre practitioners and members of the public.

In other sessions, writer/ researcher Antony Altbeker will look at the way our national culture is implicated in and affected by violence. Jody Kollapen, who chairs the South African Human Rights Commission, asks whether the vision of equal rights for all is still viable in a world dominated by globalisation and market-led economies, while using soccer as a metaphor, Ashwin Desai suggests how we can change the rules of contemporary public life so inequality is not simply reinforced.

There is also Wordfest — a programme of book launches, talks, workshops and open-mic sessions where people can — if they are brave enough — get up and read from their own work. Among the authors present will be Durban-based hip-hop artist Iain “Ewok” Robinson, Michael Cawood Green, Ronnie Govender, Xolela Mangcu and Jo-Ann Richards.

See www.witness.co.za for the Hitch-hikers guide to the festival, for information on accommodation, where to eat, arts and crafts, and how to plan your schedule at the National Arts Festival.