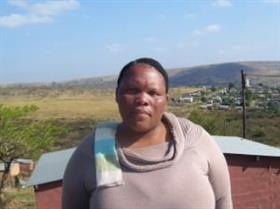 Two Congolese men are expected to appear in the Pietermaritzburg Magistrate’s Court today charged with fraud.

The suspects were arrested on Tuesday after they were caught with a chemical substance believed to be used in making fake bank notes.

The Witness understands that the two men, who were arrested in the France low-cost housing area, were going around convincing unsuspecting victims to give them large amounts of money with a promise to multiply it into millions of rands.

The men were arrested after a recent target, Thobekile Fatima Dlamini (42) from France, alerted police after they tried to solicit R5 000 from her with a promise to turn it into R22 million.

Police spokeswoman Inspector Joey Jeevan said the chemicals they were using have been taken to a laboratory for analysis.

“I started to become suspicious when they promised me so much money. They said it is their donation to black Muslim followers who are running orphanage projects,” said Dlamini who runs the Greater Edendale Muslim Society Créche and Madressa (GEMSC) in France.

Ashdown taxi boss Dlokwakhe Mkhize said he lost more than R300 000 to men who claimed to be from DRC in December. He said the men promised to multiply his money, but they disappeared with it.

Mkhize did not open the case because he felt embarrassed, but his ordeal is known in the city.

Dlamini said she got to know the men after receiving a phone call from a stranger who said he got her contact details through “Imaan in Allah” (Believing in God). He introduced himself as Jibreel (Gabriel) and said he is a Madagascan national.

“Jibreel told me that through Imaan in Allah he could see that I was in a meeting. At that time I was in a board meeting of GEMSC in town. He told me about the donation they wanted to give to our project. That call was followed by many others until two men arrived at my house on June 9.

“They said their visit was connected to phone calls I had been receiving. They promised me R22 million to expand our project and build better facilities for orphans. They then requested me to give them a plate and R20,” she said.

They placed the R20 in the plate and poured a liquid on the money. They pressed the money with a foot and Dlamini said she suddenly saw a second R20. They then told her to get them R5 000, which they promised to turn into R22 million.

“But they said they could only do that in their hotel room in town the following day. I notified a member of our CPF (community policing forum) about the incident. On June 10, I met these people in town, but convinced them to come into my house if they wanted to help me.

“At 4 pm they arrived and by that time we had already arranged with police that as soon as they arrived we would give them a call. As soon as the men sat down I pretended as if I was preparing the R5 000. Police came in and arrested them. They were found in possession of a chemical, and large sums of bank notes, which they had covered with an [aluminum] foil,” said Dlamini.

Jeevan could not confirm if the suspects were found in possession of a large amount of money.