ANC silent on who will replace KZN Cogta MEC

The ANC is keeping mum on who will be filling the position of KZN Co-operative Governance and Traditional Affairs (Cogta) MEC when Sipho Hlomuka leaves for national government. The ANC is keeping mum on who will be filling the position of KZN Co-operative Governance and Traditional Affairs (Cogta) MEC when Sipho Hlomuka leaves for national government.

This comes after his appointment as a deputy director general in the national Cogta office.

The move is viewed as a demotion by some but KZN provincial government spokesperson Lennox Mabaso said Hlomuka had applied for the position. 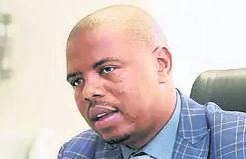 An ANC provincial member who asked not to be named said Hlomuka had been speaking to leaders at the national level to be moved out from Premier Sihle Zikalala’s cabinet.

“I don’t know why, but Sipho has been working on a way out of the cabinet.

“Unfortunately, I can’t say much because there’s protocol to be observed,” said the member.

Mabaso said there was nothing untoward about Hlomuka’s decision. He said he (Hlomuka) was within his rights to apply or reverse his application.

“The position was approved by cabinet following MEC Hlomuka’s application. The position was advertised and when an individual makes a choice no one can change that. At the moment, this is still a process because the MEC has not resigned, he still has an opportunity to reconsider his application,” said Mabaso.

“It is misleading to say he has been appointed, he still has to serve notice and he still has a right to withdraw his application if he feels so.”

This despite last week’s announcement by national government that Hlomuka was appointed as Cogta’s deputy director-general for local government support and interventions management.

Three names of ANC members of the KZN provincial legislature have been bandied about for Cogta MEC’s position, but at least two of the people who are said to be candidates have denied any knowledge of being the preferred candidates for the MEC position.

KZN Legislature speaker Nontembeko Boyce, her deputy Themba Mthembu and the chair of committee Sboniso Duma are rumoured to be the candidates for the Cogta MEC position.

However, Boyce and Duma denied any knowledge of their being considered for the post.

“I know nothing about what you are telling me and asking about.

“I didn’t even know that the MEC (Hlomuka) was leaving. This is a matter that you can raise with the party (ANC) leadership,” said Boyce.

Duma said it was the ANC’s prerogative to appoint individuals for strategic positions.

“This is an ANC issue. I cannot comment on issues of deployment and what you are telling me is new to me. Your right point of call will be the ANC,” he said.

The Witness understands that the ANC’s deployment committee met on Tuesday evening.

However, ANC provincial spokesperson Nhlakanipho Ntombela on Wednesday that said the committee’s meeting was not about the MEC position.

“The meeting was about various municipal issues, and it had nothing to do with the MEC.

“He is still the MEC and until then, we can’t be talking about possible candidates for the position,” said Ntombela.

Hlomuka could not be reached for comment on Wednesday.

Dube said it was questionable that a politician would leave politics and take a senior position in the administration of the same department at national level.

“He made his choice to leave politics but are we not setting a precedent that a politician leaves office and is given a senior administrative position within the same department at national level? The timing is also bad because the province is in a mess because of the recent floods.”