At least 10 bodies were recovered on Monday between Verulam and Tongaat, north of Durban in KwaZulu-Natal. 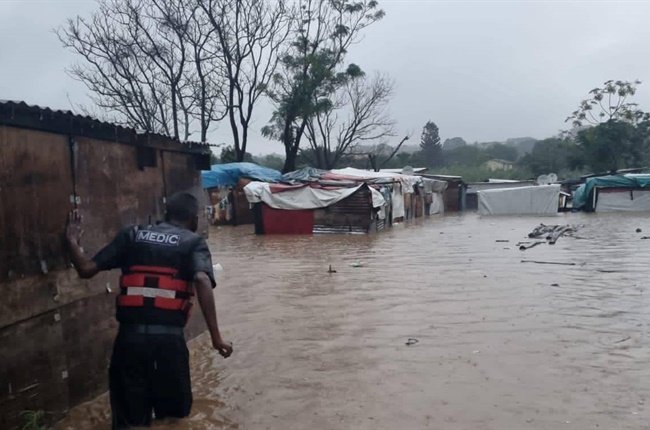 At least 10 bodies were recovered on Monday between Verulam and Tongaat, north of Durban in KwaZulu-Natal.

Spokesperson for Reaction Unit South Africa (RUSA), Prem Balram, said the numbers were increasing as they were still attending to more flood cases.

“We’ve attended to 220 flood related calls so far. The bodies that were recovered were either entrapped somewhere, while some were swept away by water,” said Balram.

He said they helped evacuate families at an informal settlement in Coniston, north of Durban, after the Umdloti River burst its banks on Monday afternoon.

He added residents reported several women and children were trapped in their homes.