The South African National Roads Agency has blamed “driver recklessness” for the recent spate of accidents on the N3 near the Peter Brown offramp. The South African National Roads Agency has blamed “driver recklessness” for the recent spate of accidents on the N3 near the Peter Brown offramp.

Over the last month, there have been three major accidents in the area which have resulted in 17 deaths.

Townhill residents, the ward councillor and the community police forum have attributed the accidents primarily to the roads being narrower due to ongoing roadworks and poor traffic management by Sanral. 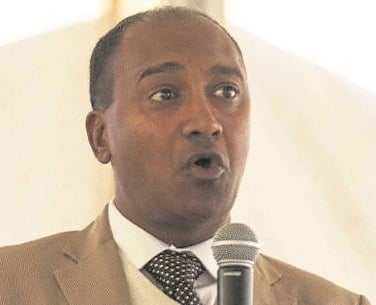 “The recent spate of accidents is caused by driver recklessness and non-compliance with the road signage,” he said.

“Sanral has undertaken independent road safety audits on the design and construction phases of the current project and implemented all recommended safety measures as well as many additional measures to ensure the construction site is safely maintained for all vehicles.”

Ronny said the advanced high visibility warning and speed restriction signage require heavy vehicles to travel at not more than 40 km/h within the construction zone.

In addition to these restrictions, Ronny said it is also mandatory for all heavy vehicles to undergo a compulsory stop before proceeding down the steep southbound carriageway.

Ronny said Sanral has found that truck drivers do not adhere to road signs.

The big accidents in the area have all involved trucks.

“Brake failure should not be a cause of heavy vehicles losing control on the descent after the compulsory stop as all trucks should be engaged in a low gear and not be using their brakes.”
Ravi Ronny, Sanral’s Eastern Region design and construction manager

On May 25 a truck crashed into a taxi full of passengers and 16 people died.

On June 19, one person suffered serious injuries when a “runaway” truck crashed into another and resulted in a huge explosion.

Last Monday, a cross-border truck driver died after being entrapped under a couple of cars.

Ronny said trucks’ suffering brake failure could also be one of the causes.

He said there was an arrestor bed alongside the road with adequate signage for trucks to manoeuvre into in cases where they lose control.

“Brake failure should not be a cause of heavy vehicles losing control on the descent after the compulsory stop as all trucks should be engaged in a low gear and not be using their brakes,” he said.

However, Ronny said Sanral is engaging the Road Traffic Inspectorate and traffic authorities on increasing enforcement measures in the area.

The accidents have also created severe traffic problems for Townhill residents as traffic is diverted through residential areas.

“The N3 at Townhill has always been notorious regarding motor vehicle accidents mainly related to heavy vehicles and therefore we are considering possible realignments as part of the N3 upgrade programme as part of the long-term solution,” said Ronny.

Mike Bond, Msunduzi Ward 25 councillor and a member of the Sanral public liaison committee, said there has been new signage and traffic signs installed on the road recently.

“Driver negligence does not negate the fact that the road is already dangerous.

“If you drive down that road next to a truck, it is nerve-wracking,” he said.

Bond said a memorandum of understanding was needed between Sanral, RTI and local government in policing the area at night.

“We need to work together to stop the loss of life because that is ultimately the most important thing.”
Mike Bond, Msunduzi Ward 25 councillor

Currently, Bond said, the RTI officers leave at 6 pm and the majority of these accidents usually happen at night after they have left and road visibility is poor.

“We need to work together to stop the loss of life because that is ultimately the most important thing,” he said.

Ronny said Sanral is committed to finding solutions to lessen the number of road accidents in future.

“Motorists are advised to avoid remaining on the fast lane until the last minute before cutting into the middle lane to exit at the off-ramp, as this is extremely dangerous.

“Sanral wishes to appeal to road users to note and comply with the advance warning signs and speed restrictions when travelling past the construction work zones,” he said.