No water for Sobantu and Mountain Rise residents

Sobantu and Mountain Rise residents have had no water since Tuesday, following a burst pipe. 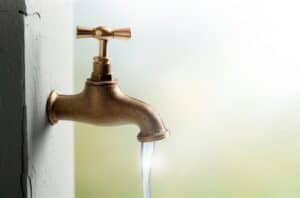 Msunduzi Municipality says that there is no typhoid fever contamination in the water system and that the water is safe to drink.

It is still unclear when water will be restored for Sobantu and Mountain Rise residents.

These residents have not had running water in their taps since Tuesday afternoon.

Ward councillor Sandile Dlamini told The Witness on Friday that he is aware of the matter and they are trying to fix it.

He said at first they did not know what was wrong, however they have discovered that there is a leaking pipe.

“We only found out about the leaking pipe on Thursday after conducting an investigation. When we first saw noticed the problem we went and checked at the reservoir and we found that it was empty but the community did not have any water,” said Dlamini.

He said after that they had to do an investigation on where the water was going to, and they discovered a leak.

“The municipal workers are currently working on in and they are promising that they will finish today (Friday). The problem is that is that it is a big pipe that is leaking and the leak was made due to something being stolen from the pipe.

“We have since organised the water tankers for residents to have water in the meantime.”