The mass shooting at the Samkelisiwe Tavern on July 9 left four people dead and eight injured. 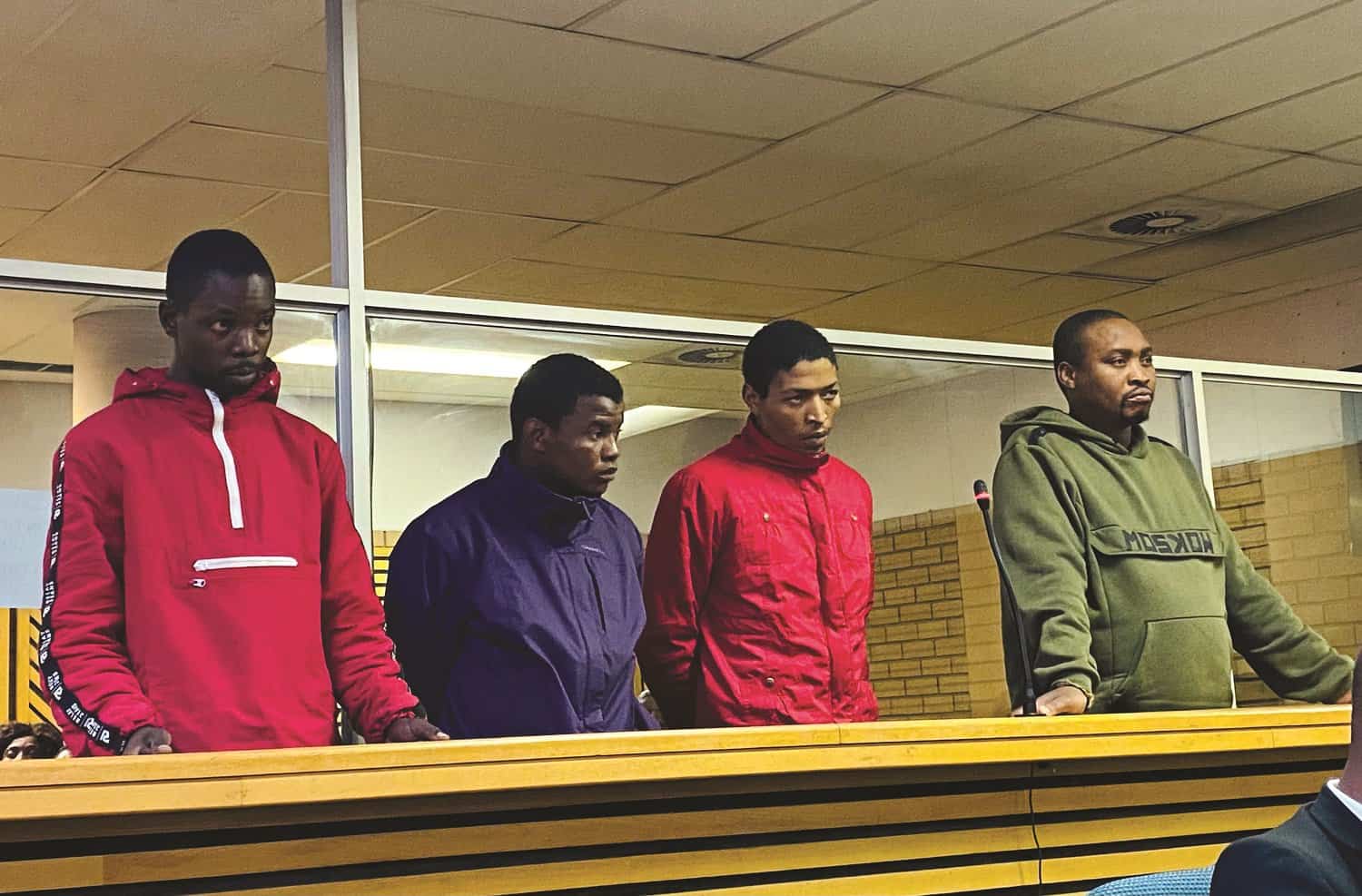 Four men linked to the deadly shooting at the Samkelisiwe Tavern which left four people dead appeared in the Pietermaritzburg Magistrate’s Court on Wednesday.

On Saturday, July 9, a group of gunmen entered the tavern in Pietermaritzburg and opened fire on patrons before fleeing the scene. Eight others were wounded during the incident.

On Monday and Tuesday, the investigating team arrested the four men, in the Nhlazatshe area in Pietermaritzburg.

Two of the suspects were found with a firearm with ammunition. They were all remanded in custody until July 28, for a formal bail application.

Mabaso told the court that he was abandoning his bail application. The state is set to oppose the bail applications of the rest of the men. One of the reasons for this is the huge public outcry over the crime.

The Provincial Commissioner of KwaZulu-Natal, Lieutenant General Nhlanhla Mkhwanazi, had mobilised maximum resources to track down and bring those responsible to book.

The team, comprising of detectives from the provincial Organised Crime Task Team, Crime Intelligence, and the National Intervention Stabilisation Team, joined by Magma private security company worked around the clock on the case.

KZN police spokesperson Lieutenant Colonel Nqobile Gwala said two of the suspects were found in unlawful possession of a firearm with a total of 17 rounds of ammunition.

I have commended the team and applauded them for tirelessly ensuring that those responsible for this massacre are brought to book.

Two men were previously brought in by the police for questioning in connection with the Samkelisiwe Tavern shooting.

However, they were later released from custody after it was established that there was insufficient evidence linking the two men to the crime.

The Samkelisiwe Tavern shooting occurred just a few hours before 15 people were shot and killed whilst inside a tavern in Nomzamo, Soweto. The incidents brought safety and compliance at taverns under a massive spotlight.