In a preview five-minute video from eNCA, Khumalo-Gumede, speaks of the night of Senzo Meyiwa’s death. 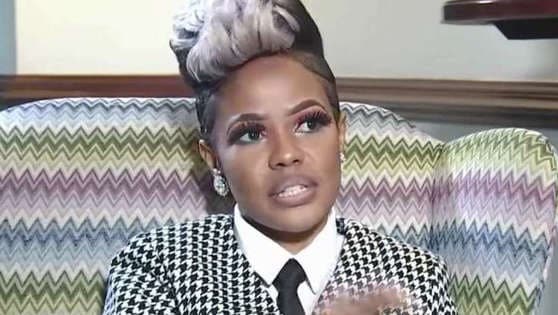 In an exclusive interview with eNCA that will premiere after 6 pm on Monday, Zandie Khumalo-Gumede is expected to put her side of the story on record.

In a preview five-minute video from eNCA, Khumalo-Gumede, speaks of the night of Senzo Meyiwa’s death and how it did not just affect the Khumalo family, but also their neighbours in Vosloorus.

Khumalo-Gumede is the sister to Kelly Khumalo who was Meyiwa’s girlfriend at the time of his murder.

The former Orlando Pirates and Bafana Bafana goalkeeper, Meyiwa, was shot dead in October 2014 in Khumalo family home in Vosloorus, east of Johannesburg. Present during the shooting was Kelly, her mother Ntombi, Zandie, Zandie’s then boyfriend Longwe Twala as well as Meyiwa’s friends Mthokozisi Twala and Tumelo Madlala.

Speaking to eNCA, Khumalo-Gumede apologised to the neighbors who she said are also still suffering following Meyiwa’s death.

Khumalo-Gumede alleged that one of their neighbour’s was interrogated and assualted by the police.

“I want to take this opportunity to apologise to those neighbours. I want to apologise on behalf of the Khumalos. It was not our intention, we did not plan for anything but it just happened,” said Khumalo-Gumede.

She went on to talk about how the crime scene was handled saying their small home was packed with strangers and some people she knew when they came back home after taking Meyiwa to hospital.

She went on to talk about how the crime scene was handled saying their small home was packed with strangers and some people she knew when they came back home after taking Meyiwa to hospital.

On the night of the incident, Khumalo-Gumede said after the shooting, she went to a neighbour’s house to ask for help and when she came back, “Kelly and Mthoko and some of the guys from next door were holding Meyiwa trying to get him into the back of the car and I just jumped in there and helped in any way that I could.”

Khumalo-Gumede said she was the one sitting with Meyiwa during the drive to hospital trying to put pressure on his wound.

“On our way to hospital I could feel that he was starting to get cold as I was putting pressure on him. I was talking to him all the way trying to keep him alive,” she said.

eNCA will broadcast the full interview after 6 pm on Monday on DStv channel 403.

Meanwhile, the feud between the Khumalo sisters seems to be a thing of the past after Khumalo-Gumede shared a video of a compilation of Kelly’s pictures to her latest song Ikhwela.

The song’s lyrics include the line: “Whenever you need me dali call me.

The sisters have been feuding for several years after Kelly Khumalo released a statement distancing herself from an alleged scam that Khumalo-Gumede’s husband was allegedly involved in.