A teaching assistant and a security guard he got to help murder his former school principal because he was “angry” with him were each jailed for 25 years’ imprisonment. 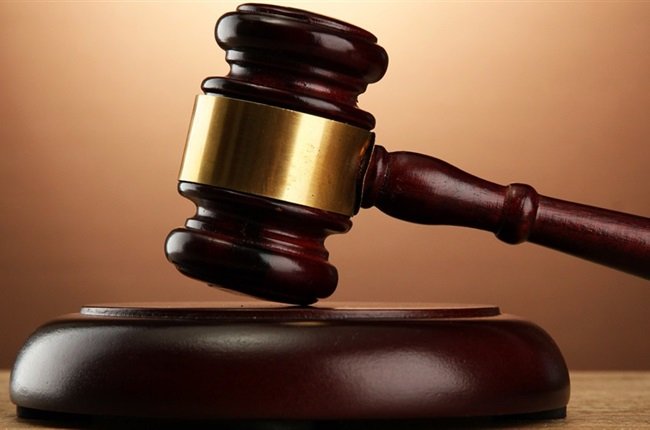 A teaching assistant and a security guard he got to help murder his former school principal because he was “angry” with him were each jailed for 25 years’ imprisonment.

The pair shot Sibiya on the R66 in Nongoma on February 17 this year and robbed him of his Samsung Tablet, S21 cellphone and a laptop.

Judge Piet Bezuidenhout agreed with the sentences recommended in the plea agreement by state advocate Mbongeni Mthembu and defence lawyer, Pauline Andrews, of 25 years’ imprisonment for murder and fifteen years for robbery with aggravating circumstances.

He ordered that the two terms would run concurrently.

In their plea, the two men said Sikhakhane was an “educator assistant” at Mqiniseni High School in the Mahlabathini area until he resigned in May last year.

The plea document stated: “Accused 1 (Sikhakhane) was very angry at the deceased (Sibiya) which led to his resignation.

He was aggrieved that he was being overworked and constantly under pressure. Although he reported it to his supervisor, nothing was done about his situation at work.

Together they went to borrow a firearm, and on February 16, 2022 Sikhakhane called Sibiya to meet with him the following day.

When Sibiya arrived on February 17, 2022 Sikhakhane asked him to give Ntuli a lift and Sibiya agreed.

Sikhakhane sat in the passenger seat and Ntuli sat in the back behind Sibiya, armed with a firearm.

While travelling along the R66 Main Road in Nongoma, Sikhakhane asked Sibiya to stop the car so that he could urinate.

Shot from the back seat

He did so and Sikhakhane alighted. Ntuli then took out the gun and fired several shots at Sibiya from the back passenger seat.

Sikhakhane then returned to the car and removed Sibiya’s tablet, cellphone and laptop.

The two men then fled on foot.

Sibiya died of gunshot wounds to his chest, according to the post mortem.

According to the plea, Sikhakhane has a diploma in public relations.

He is a father of two children.

Both Ntuli and Sikhakhane said they were remorseful for what they had done and the suffering that they had caused to Sibiya’s family.

The National Professional Teacher’s Organisation of South Africa (Naptosa) has thrown down the gauntlet to parents and the education department to take necessary measures to protect teachers.

Teacher protection is required for both the psychological and physical impact from both the pupils and the environment they exist in, the union said on Tuesday.

This follows the sentencing of a former assistant teacher who was convicted of murdering his former principal in February.

Naptosa provincial chief executive Thirona Moodley said teachers were vulnerable from all levels and angles. She said if it was not the stress caused by unruly pupils, it is parents who defend their children or members who find themselves against other members.

“It’s a real problem that teachers are facing in schools without psychological intervention or [an] employer assistance programme. Learners in schools are unruly and rebellious, and teachers’ hands are tied.”

“Parents on the other hand, instead of working with teachers, they defend their children and that puts tremendous stress on our members.

“These children go to school under the influence of drugs and are armed, thus putting the teachers’ safety and lives at risk. Those parents forget that the teachers are working in the best interest of their own children,” said Moodley.