It's a year later and the editor takes a trip down memory lane to reflect on some of the events that unfolded during the July unrest. 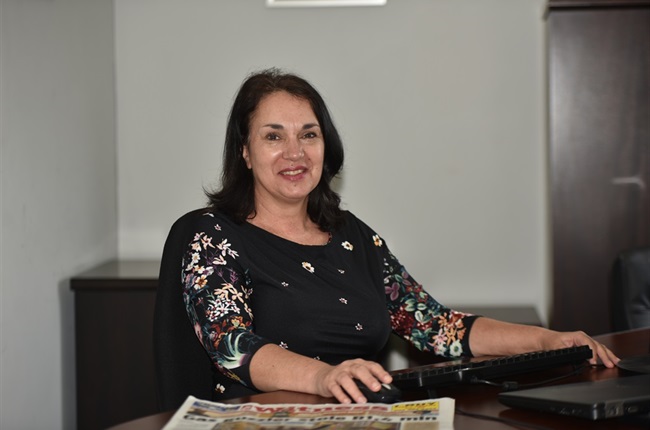 It’s a year down the line since our province was ravaged by mobs which decimated our businesses, industries and infrastructure.

It’s been a year of replenishing, rebuilding and reflecting.

Do we feel any safer now than we did then? Nope. I don’t think so.

Has there been any progress in policing where we feel that we’re more protected now if the same violence had to break out again, despite politicians giving us dubious assurances? Largely, no.

Are we more wary, more alive to the possibility that we teeter on the brink of chaos under an untenable political situation in this country which leaves most of us concerned that we are just a hop and a skip away from anarchy again, sparked by firebrands linked to political factions? Yes. Most definitely.

We all have our own stories to tell of the dreadful time we went through in July last year. Many of us felt we were somehow made very small by it all.

We carry a certain amount of bravado in our normal everyday lives, don’t we.

We’re confident in what we do, that we will be okay and that our homes and loved ones and way of life will be relatively safe, and we stride out there in the world like we matter and that our wishes for security hold some weight in the universe.

Last July we learnt we didn’t matter, at least to the government and those who trashed our cities.

What we wanted – functioning law and order, a functioning economy and a safe environment for business and industry to operate – was of no consequence to anyone except ourselves, friends and family and other like-minded people. It’s not a nice place to find yourself.

I’ve many memories of that time, few of them good.

I remember the dismay as we watched messages of ‘Burn it down!’ circulating on social media, as the roads were blocked and trucks torched.

I remember the sadness we felt in the virtual newsroom – we were all still largely working from home – when the newspaper we had worked so hard on couldn’t get through on the roads.

What about that moment when we heard our beautiful Brookside Mall and vibrant Edendale Mall were burning, or the newly built Mphopomeni Mall? And then when Makro went? It felt apocalyptic and there was nothing we could do, except sit in our homes and wonder about what was coming next.

We felt betrayed by government, the police, the mindset that said let it burn and for me especially, the political leaders who should have come out and calmed the crowds that were rampaging but didn’t.

They let it happen.

There were a thicket of idiots getting their kicks out of spreading fear in the form of fake news among a population that was already scared out of their wits.

The aftermath saw our already dilapidated town regress even further. It saw our trust in KZN regress. Some left the province. Some left the country. Some still want to go.

Many people would have understood the chaos better if the looting was only confined to the poorest of the poor. But we all saw footage of people arrive in cars – some in luxury cars – and fill their boots with custard powder or funnels or shower caps or whatever arbitrary goods they could lay their hands on.

We saw the big bakkies and 4x4s load up with washing machines and fridges, freshly stolen from major warehouses, like they were simply entitled to do that.

There was no fear or shame or concern for the greater consequences. That part is difficult to understand. And the last thing anyone needed was tensions between race groups to be inflamed. Which is exactly what happened.

Remember how resilient we were called upon to be once again? Remember how we banded together and helped those who had been affected?

We heard stories of people feeding the elderly, helping those who couldn’t access food because the supermarkets near to them had been looted.

We saw people standing guard in communities to help protect shopping centres and neighbourhoods in the middle of winter, supported by teams who brought coffee, sandwiches, soup and firewood for their fires. In the newsroom we winced repeatedly as we saw the scale of the devastation unfold.

It was surreal and dystopian. Our biggest regret was that we couldn’t cover it all. We’d send a reporter to a burning mall only to be told another warehouse was burning or a road was blocked or a shopping centre was under attack.

We simply hadn’t enough staff to cover it all.

If my newsroom had been five times bigger we wouldn’t have got to it all.

We spent precious time following up reports of mayhem and destruction only to find they were just fake news, spreading like wildfire on social media.

As a community I think we are less trustful now. Our illusions of peace were shattered. We allowed doubt to creep in about the uninterrupted existence of our little worlds. That’s understandable.

Our scars remain. They run deep. And every now again, when there’s news of a shutdown in another part of the country, or rumours on social media or warnings from security companies that trouble could be afoot, they niggle, reminding us of what was.

These could be healed by seeing consequences being meted out for the destruction of our cities and towns in our province.

But we’re a country of no consequences, which means this can all happen again. Why wouldn’t it?

This weekend, let’s try and have a break from it all. There’s Wimbledon, South Africa vs Wales rugger, the Tour de France.

What better excuse to relax on the couch with a glass of wine and chip and avo dip?

Right now, today the sun is shining. Anyone want to make hay?