Duma has apparently been asked by some ANC members to contest the provincial chairperson position in the upcoming ANC provincial conference. 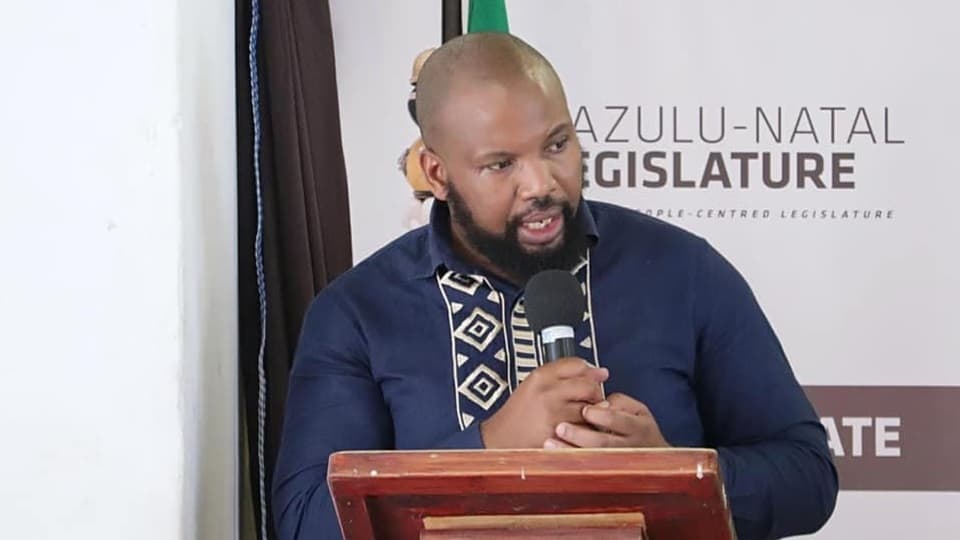 Duma, who is the KZN Legislature’s chair of chairs, has apparently been asked by some ANC members to contest the provincial chairperson position in the upcoming ANC provincial conference scheduled to take place in two weeks’ time. Currently a member of the ANC provincial executive committee (PEC) Duma is the former ANC Youth League (ANCYL) provincial deputy chairperson. He was part of the ANCYL provincial leadership team which emerged at the organisation’s 2010 elective conference.

The ANCYL provincial leadership included former KZN education MEC Mthandani Dlungwane — who was elected as the organisation’s provincial chairperson and the current Kokstad Municipality mayor Bheki Mtolo, who served as ANCYL’s provincial secretary. For the upcoming ANC elective conference, Duma is set to partner with Mtolo — who will be vying for the ANC provincial secretary position.

KZN Co-operative Governance and Traditional Affairs (Cogta) MEC, Sipho Hlomuka, is also widely believed to be part of the Duma slate. While Duma said the issue of the candidate nominations was being dealt with at ANC branch level, he confirmed that party members in the province have requested him to stand.

“There is a process currently underway within the ANC branches across KZN; let’s wait for the branches to conclude those processes. However, having said that, I can confirm that I have been approached by some branches.”

On what he would offer ANC members and the general KZN population should he be elected as the new provincial chairperson, Duma said he would work with the leadership collective to deepen a culture of service delivery.

“There is currently an outcry over the lack of implementation of the ANC’s economic transformation resolutions. The truth of the matter is that the KZN population, particularly young people, can’t wait any longer — they want economic freedom. So, one of the immediate tasks would be around the implementation of the ANC economic transformation policies,” he said.

While Mtolo could not be reached for comment, Hlomuka said it was the “prerogative” of ANC branches to nominate conference candidates. Should he stand, Duma would lock horns with other ANC heavyweights likely to contest for the ANC provincial chairperson position. ANC leaders likely to throw their hat into the ring include the current provincial chairperson, Sihle Zikalala — who is also the premier; current ANC provincial treasurer, Nomusa Dube-Ncube — who is currently the treasury MEC; and AmaZulu FC boss, Sandile Zungu.

The regional conference would be held in eThekwini from July 15 to 17. ANC provincial spokesperson, Nhlakanipho Ntombela, said ANC branches were currently holding branch general meetings (BGMs) to nominate candidates. “I can confirm that everything is on track. We will soon be announcing the venue of the conference,” he said.