Tshwane could be placed under administration – city manager

The metro’s acting city manager conceded in an affidavit that the smart metering contract with PEU was entered into unlawfully. 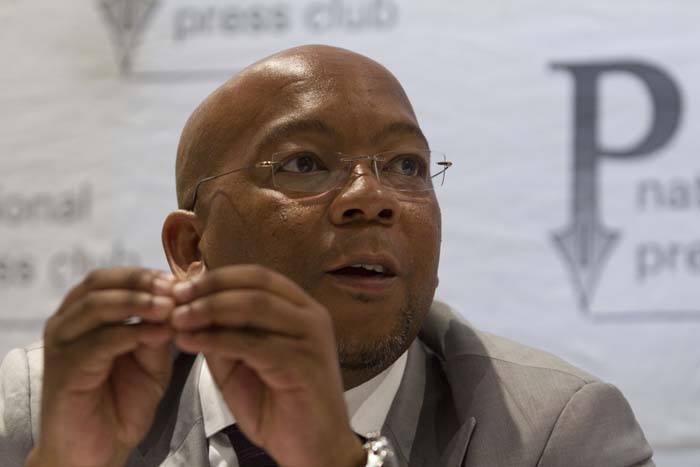 The City of Tshwane’s acting city manager has disclosed in an affidavit that there is a real risk of it being placed under administration due to the financial burden placed on it by its disputed smart metering contract with PEU Capital Partners.

Daily payments of about R4 million to PEU are however set to continue for the biggest part of next year before a ruling would be made says attorney Willie Spies who represents the applicants.

Lindiwe Kwele who served as deputy city manager under the previous ANC administration and is now acting as city manager and accounting officer, deposed an affidavit on behalf of the city in which the new DA-led administration concedes that the contract with PEU was entered into unlawfully.

The DA together with minority parties took over the political leadership of the city after the ANC failed to maintain its majority in the local government elections in August.

The ANC-led administration opposed the application to have the Master Service Agreement (MSA) and subsequent Interim Service and Termination Agreement (ISTA) with PEU reviewed and set aside. By deposing this affidavit the city has changed its stance and withdrawn its opposition.

Spies, attorney for civil rights groupings AfriSake and AfriForum who brought the application, welcomed Tshwane’s new position. He says this is in itself a victory and vindicates the application his clients brought way back in 2013.

PEU and its implementation vehicle Total Utility Management Services (TUMS) are now the only parties opposing the application.

Kwele confirms under oath that the city is paying PEU about R4 million per day to service about 13 000 smart electricity meters. These payments “are a serious drain on the finances of the City of Tshwane and, because of such payments, it is cash-strapped and is facing the very real risk of being placed under administration,” Kwele states.

Should the court indeed find the contract to be entered into unlawful, and declare it and the ISTA invalid Kwele asks it to make a just and equitable order that would deal with the consequences of such invalidity.

She refers to the Constitutional Court judgement in the Allpay matter, which precludes the respondent from benefiting from an invalid contract, and asks the court to order PEU to declare its profits

Kwele asks the court to suspend any order of invalidity for a maximum of six months. During this period parties should make submissions about a just and equitable way to undo the agreement without interrupting services to power users. This would include the appointment of an independent valuator to appraise the value of the PEU system. Kwele specifically asks the court to reject a previous valuation of R950 million.

Spies says even if the application eventually succeeds it would take time. In the meantime the status quo and therefore also the R4 million daily payments, would continue.

He says the parties will meet with the deputy judge president in February to obtain an early court date. “Hopefully that would still be in the first half of 2017,” he says.

Add to that the six months suspension should the order of invalidity be granted, and the city could be forced to keep on paying until late in 2017.

The Gauteng Provincial Department of Human Settlements and Cooperative Governance that has oversight over the city and would play a key role in any decision to place it under administration did not respond to Moneyweb’s questions about the matter. The provincial government is led by the ANC.

Rural versus metro support: Why SA political parties must find a balance
18 hours ago
18 hours ago

Rural versus metro support: Why SA political parties must find a balance
18 hours ago
18 hours ago