No guarantee SA won’t be downgraded

The battle to stave off junk status continues at home. 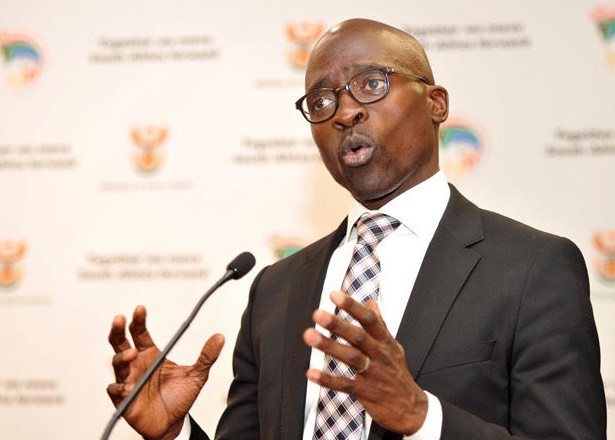 South Africa’s fight to stave off the death knell that will “officially” deem the country’s debt sub-investment grade will come to our shores in the coming months, as ratings agencies send delegations to assess the situation “on-the-ground”.

This was the feedback given by finance minister Malusi Gigaba’s spokesperson, Mayihlome Tshwete, following engagements with the ratings agencies in Washington DC last week.

Following Fitch’s decision to downgrade the country’s local currency rating on April 7, all eyes will be on Moody’s and S&P to see whether they follow suit. It is understood Moody’s will be the first to visit South Africa, with a trip planned for next month.

“We are naturally hopeful [the downgrade won’t happen], but we can’t guarantee it. One thing that is clear is that we as government need to deal with the issues collectively. It’s not as simple as just being about what the minister tells them, we will be judged on the collective decisions we take as government,” said Tshwete.

Tshwete said some of the key concerns and questions raised by the agencies included assurance on fiscal discipline and contingent liabilities, particularly those attached to State-owned entities (SOEs) like Eskom and SAA. “There were also questions on how nuclear will be developed, whether there will be any fiscal policy changes, and what the path would be if we decided to change course. We reiterated government’s commitment to the nine-point plan and underscored the importance of inclusive growth and tackling the high levels of unemployment in the economy,” said Tshwete.

Progress on dealing with these issues means the minister will be highly dependent on, and has to be successful in cooperating with, colleagues in charge of other departments within the Economic Cluster, including Deputy President [Cyril] Ramaphosa, who is leading the reform of governance at SOEs.

“Bear in mind the minister is not directly in charge of SOEs – apart from SAA – as that falls within the ambit of the Department of Public Enterprises (in the case of Eskom) and the Department of Communications (SABC). But Treasury gets involved when it comes to things like contingent liabilities and financial responsibility. The minister has already met with his counterpart at the Department of Communications over installing accountable leadership at the SABC, and has received an undertaking that key vacancies will not persist for longer than three months. He will directly ensure though that the turnaround strategy at SAA is being implemented.”

There was also an acknowledgement of some light at the end of the tunnel by the ratings agencies. Eskom no longer has to implement load shedding, a factor that will no longer be a constraint to growth anymore. Then there is the R3 billion that has been committed by government and the private sector to develop small- and medium-sized enterprises (SMEs).

Has the trip changed the minister’s understanding of the job? “He has been involved in trips like this in the past when he was the Minister of Public Enterprises, so it was not unfamiliar, but this trip has certainly expanded his knowledge of the international economy and global capital. I think it has stressed the importance of working with people, whether it be counterparts in government, SADC, the World Bank and the IMF; and the importance of building confidence and trust,” says Tshwete.

Following completion of bilateral meetings with investors in New York on Tuesday, the minister will return to South Africa to prepare for the World Economic Forum Africa in Durban. The Deputy Minister of Finance, Director-General of National Treasury, and Sars Commissioner will all travel to Boston for the third leg of the trip.