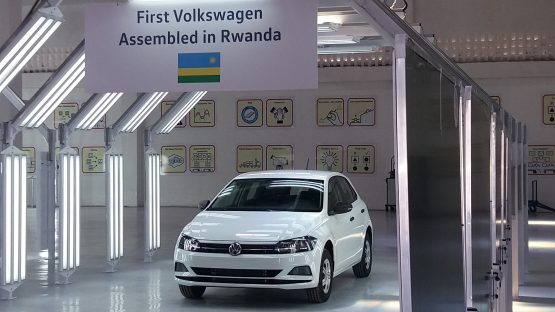 Volkswagen has taken a leap of faith with an investment of $20 million to start local assembly of its vehicles in Kigali, Rwanda.

The operation will start small. Although the facility has the capacity to produce an estimated 5 000 vehicles per year, the first phase will probably only see production of around 550. Overall production, which will involve the assembly of semi-knocked down kits, is estimated at around 1 000 units during the first year and will include the Polo and Passat, with the Tiguan, Teramont (a sports utility vehicle) and possibly the Amarok to be added in the future. The idea is to grow significantly and move into completely knocked down assembly in years to come.

The market for new car sales in the landlocked East African country is limited; around 3 000 new cars are currently sold each year. (In South Africa, roughly 600 000 new vehicles are sold annually.) Like many other countries in Africa, cheaper used-vehicle imports dominate the market, making it difficult for automakers to produce new cars without tariff protection.

Production in Kigali is the culmination of a process that started in the middle of 2016, says Thomas Schaefer, MD of Volkswagen Group South Africa.

He says automotive assembly in Africa has generally been a “monumental failure”. While the traditional approach to local production is usually to consider whether the automaker has the right car to serve a particular market, Schaefer believes a different approach is necessary to grow in Africa. Against this background, Volkswagen started looking at countries that “want to make a difference” and “change the way they organise themselves”. During this process, the automaker identified four countries – Rwanda, Kenya, Tanzania and Ethiopia – and reached out to their authorities. It started assembly in Kenya in December 2016.

Schaefer says dealing with Rwanda has been “the most amazing experience” of his 26 years working in emerging markets.

“From day one we were treated like I’ve never seen anywhere in the world before.”

The government has set up a one-stop shop to deal with all incoming investment. The initial phase of assembly and mobility solutions will create an estimated 1 000 jobs.

Although Africa has a population of almost a billion people, vehicle penetration in the region remains limited. Estimates suggest that while there are 670 vehicles for every 1 000 citizens in Germany, the Southern Africa number sits at just 30.

To overcome the initial challenge of the small new vehicle market in Rwanda, new vehicles will largely be used for mobility solutions, including car sharing and e-hailing.

Michaella Rugwizangoga, CEO of VW Mobility Solutions Rwanda, says the first service offered as part of its mobility solution will be a corporate car sharing service, where customers will be able to order a vehicle through their app. Initially 40 vehicles will be used, and the aim is to grow this to 140. During follow-up phases, ride hailing, public ushering, shuttle and peer-to-peer services will also be launched. The idea is to sell these vehicles in the used car market after two to four years.

While cynics may consider the move – which follows a period of significant political and economic turmoil in South Africa – a vote of no confidence in Africa’s most industrialised economy, Schaefer, says such a notion is “complete rubbish”. He has been promoting the initiative with the Department of Trade and Industry for some time.

“What we need to understand in South Africa [is that] if we don’t get Africa right as a joint market for our South African operations, we can say goodbye to the South African motor industry in the next 10 years.”

Schaefer says the world is changing and warns that South Africa needs growth beyond annual production of roughly 600 000 cars to be sustainable. Moreover, there currently aren’t many opportunities for additional export outside of Africa as a result of America’s growing protectionism, a contraction in Europe and China’s inaccessibility.

“Africa is symbiotically linked to the future of South Africa,” he says. “If we don’t get that right, it is going to be very complicated.”

* The journalist visited Kigali as a guest of Volkswagen.