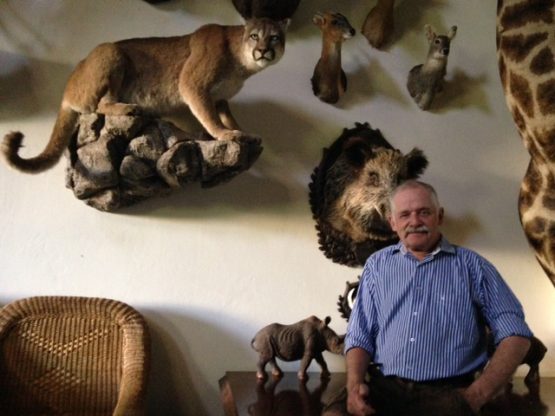 Holger Jensen of Jensen Safaris at his guest house in Pretoria. Picture: Supplied

More than 30 of his clients have been off-loaded at various airports around the world due to South Africa’s much-criticised travel restrictions. He has also personally paid thousands of rands to compensate clients for damages suffered as a result, tour and safari operator Holger Jensen of Jensen Safaris has told Moneyweb.

This has had a devastating effect on his 38-year-old business and has left South Africa’s reputation as a tourist destination in tatters, he says.

Jensen was responding to home affairs minister Malusi Gigaba’s recent failure to scrap the controversial documentation requirements for foreigners travelling with an under-age child. South African authorities require an unabridged birth certificate for the child, as well as a letter of consent from both parents.

If airlines allow passengers who do not comply to board flights to South Africa, they get huge fines and must pay for the return fare of the passengers.

As a result, airlines are very strict, and thousands of families have been off-loaded with their dreams of an unforgettable holiday in South Africa shattered.

Gigaba recently failed to scrap the requirement, despite it being part of President Cyril Ramaphosa’s economic stimulus package.

The tourism industry responded with disappointment.

Jensen facilitates tours and safaris for more than 1 000 tourists a year and focuses on the premium Scandinavian market, especially Denmark. He has, however, dealt with clients from 64 countries in the last 38 years, he says.

About 50% of his business serves family groups, which means the visa restrictions on minors have had a huge impact on him, Jensen says.

Immediately after the regulations were implemented three years ago, he put a comprehensive explanation on his website. Bookings are however often made through employers or retail agents overseas who fail to communicate the travel instructions, he says.

Last year a family with four children had to delay their departure due to the failure of the employer who made the booking to inform them of the travel requirements. They had to pay R16 000 each for new air tickets Jensen says.

He says in Denmark all birth certificates are issued by the state church or ‘Folkekirken’, whether you’re a member or not. “At Danish airports, this was acknowledged without problems.”

One Danish family with three under-age children, however, decided to depart from Hamburg, utilising cheaper flights. They had the same paperwork as the other Danish clients, but were refused boarding at Emirates check-in because the birth certificates of their children were not considered ‘Unabridged birth certificates’, says Jensen. This even though they had been duly translated to English.

Germany does not have a state church, and considered the certificates to be invalid official documents, he says. “I had to purchase five new air tickets at my expense – R43 000 – and send them to a local judge’s office the following morning to have the birth certificates stamped with an official stamp. I immediately amended my instructions, and since then each and every birth certificate has had to be certified and stamped – either at a judge’s office at a cost of R3 350 per family or at the Danish Ministry of Foreign Affairs at a cost of R2 950 per family.”

This delayed the departure by several days, and in terms of Danish consumer law, he also had to compensate them for the days lost.

“Can you imagine what this has done to my business?”

Tourists are opting for Kenya instead

Jensen says families who want a bush experience avoid the risk of being off-loaded and rather go to Kenya, which is a much shorter flight and competes very well on price. If they want a beach holiday, they prefer Thailand.

He says it is impossible to know how many tourists the country has lost over the past three years due to the visa restrictions.

“Last month I had a lady from Japan, and I ensured that she had a full understanding of the rules relating to travelling with her child of 14, but unknown to me, she had not had contact with her former husband and father of the child for the past seven years. She subsequently phoned SAA in Tokyo for advice, and was told that it would be no problem, as long as all the other paperwork was at hand.

“That was not correct, and subsequently they were off-loaded, two airplane tickets plus R56 750 out of pocket, which they had prepaid for ground arrangements in South Africa.”

Her dream holiday with her child – including a visit to Victoria Falls, interaction with elephants and much more – was cancelled.

“Needless to say, I was terribly embarrassed and sad for her, but I had supplied the correct info from my side,” Jensen says.

In the past week he was on standby, he says, holding his breath that another family, a lawyer from London with his Peruvian wife and child coming to SA, would be allowed to travel. “She has also not had contact with her former husband, for nine years, but does carry a stamp in her passport that her son can travel with her unaccompanied by her husband.”

Jensen says he has tried to get clarification from the SA Embassy in London – “We can only assist South Africans” – and the SA Tourism office in London (no reply!).

“I was hoping that this last announcement would put the family at ease and make their dream holiday possible.”

Fortunately, this family arrived without incident.

Jensen, along with the rest of the tourism industry, is waiting to see the exact wording of the amended visa regulations when they are published in the Government Gazette – hopefully, this month.