Africa's most advanced economy held investments steady at 29 projects in 2017. 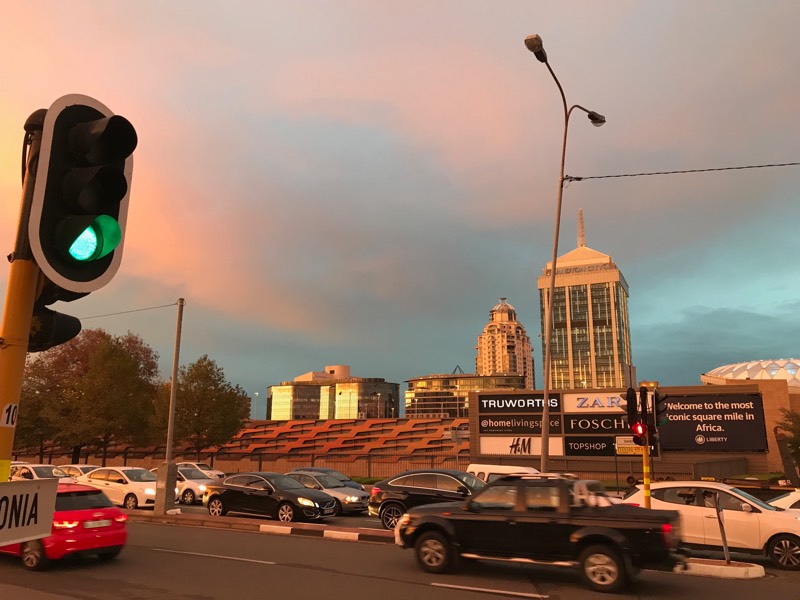 EY’s latest Africa Attractiveness report, which analyses foreign direct investment (FDI) into Africa, shows that South Africa and Morocco are the joint top destinations for FDI on the continent.

The report, released this week and titled ‘Turning Tides’, is based on statistics from 2017 that show that Africa attracted 718 FDI projects that year, an increase of 6% from the previous year.

The surge was buoyed by investment in manufacturing, infrastructure and power generation. Africa’s attractiveness was also propped up by the sluggish global growth environment, while currencies on the continent remained weak, presenting a cost advantage for external investors.

Despite the economic turbulence at home, South Africa, also ranked as the largest intra-Africa investor, held its investments steady at 29 projects. Morocco’s FDI projects, on the other hand, dropped to only three from 17 in 2016.

“Intra-African investment slowed, but remained prominent with 92 FDI projects down 12% from 105 projects in 2016,” the report reads. “Adoption of the African Continental Free Trade Area (AfCFTA) is expected to provide the required impetus to intra-regional trade, investment and integration.”

Currently, 49 of the 55 member countries have committed to the agreement.

Southern Africa on the ropes

Following a 21% dip in FDI projects, southern Africa lost its place as the top FDI destination in 2017. The primary driver of this drop was the decline in FDI to South Africa, which was 31% – a 10-year low. Political uncertainty, coupled with weak commodity prices, were the other major drivers for slower economic growth, which ultimately depressed the country’s attractiveness.

Graham Thompson, EY Africa Knowledge leader, however remains optimistic that structural reforms instituted by the country’s new leadership will yield results. “Historically, South Africa typically attracted $5-7 billion per annum in FDI. Should the new commitments take shape, they could provide a step-change to the FDI flows coming into SA.

“Investors want certainty before they commit to long term investments, and there is a desire for the country’s challenges to be amicably resolved,” he added.

Zimbabwe was a surprise performer following the ousting of Robert Mugabe last November. It almost doubled its FDI projects, from seven in 2016 to 13 in 2017. The new president, Emmerson Mnangagwa, has taken efforts to rebrand the country as “open for business”, and recently amended foreign ownership laws in a bid to encourage investment in mining and agriculture.

“Although Zimbabwe’s FDI project numbers nearly doubled, it remains off a very low base,” Thompson said. “Zimbabwe’s FDI – at 13 projects – accounts for less than 2% of Africa’s total.”

Kenya, the largest economy in the region, registered 67 new inward investment projects in 2017, compared to 40 the previous year. The rebound was despite political uncertainty in the second half of the year following a prolonged election. The country’s fast-growing technology sector, dubbed ‘Silicon Savannah’, continued to draw foreign investor interest with tech-driven FDI projects increasing by 44% compared with 2016.

Kenya has done a good job of positioning itself as major African tech hub. Its main competitors in this include South Africa, Nigeria and Ghana. “Whether they are able to exploit this sector and provide meaningful traction depends on a number of factors, including building a pool of skilled talent, creating the necessary tech infrastructure, and it must be a cost competitive destination,” said Thompson.

Ethiopia remains a stellar performer, retaining its position as Africa’s second-fastest growing economy in 2017 and the fifth-largest recipient of FDI projects.

FDI projects in Ethiopia increased by a striking 288% from the previous year, with consumer retail products, real estate, hospitality and construction responsible for the surge.

The report notes that 2017 proved to be a landmark year for manufacturing in Africa, with the highest number of projects received in the past decade. The number of projects grew by 62% to 224 from 138 in the previous year. In Morocco, for example, “the automotive industry is a budding industry … with the country expected to become the largest car manufacturer in Africa by 2020,” according to the report.

In addition, Ethiopia is fast evolving from being a cotton-producing nation towards manufacturing as it erects various industrial parks to attract foreign investors. International brands such as Calvin Klein and Tommy Hilfiger already have a manufacturing presence in Ethiopia, with Giorgio Armani and Hugo Boss in the country indirectly through their Chinese supplier Jiangsu Sunshine Group.