An important question for countries striving to put their best foot forward. 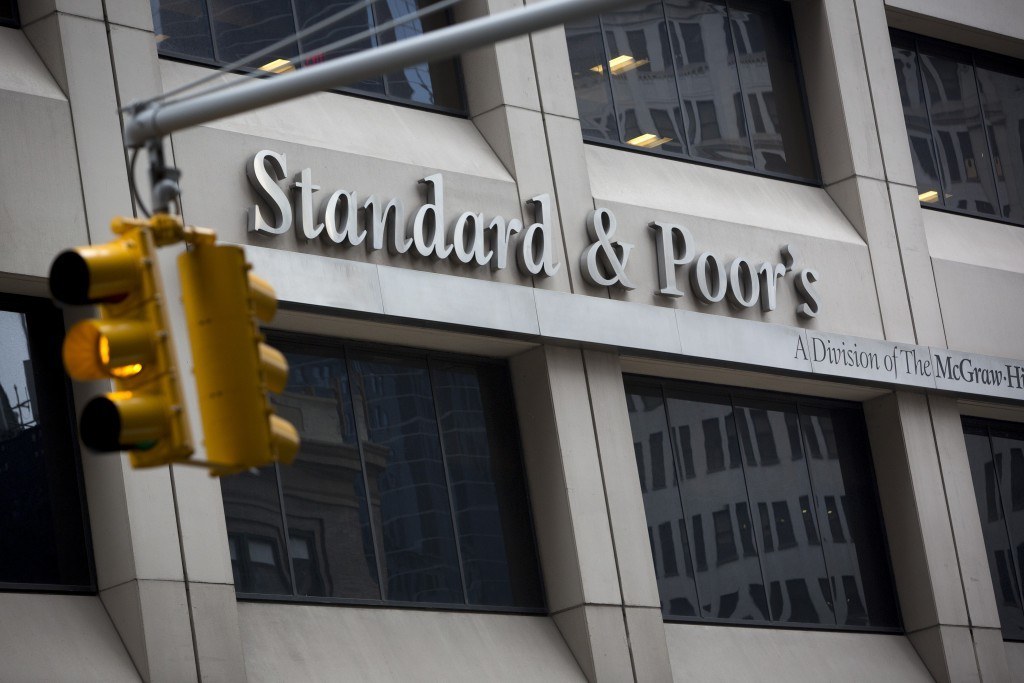 If you want to apply for a loan from a bank, the bank will rely on your credit score to determine if you qualify and how much it should extend to you. The score is then tallied by a credit unit, which indicates how much debt you can afford and what your propensity to pay the bank back is likely to be.

When it comes to sovereign nations, the credit system is much the same, only the credit evaluator has upmarket offices across the globe.

Three credit rating agencies control the global rating landscape, with Moody’s Investors Service and Standard & Poor’s (S&P) together controlling about 80% of the global market, and Fitch Ratings controlling a further 15%.

The founding pillars of credit rating agencies were based on a just cause. Their financing model initially relied on offering information around the credit soundness of corporates. At the time, their financing relied primarily on investors procuring this information. The model worked because the credit rating agencies’ reputations were on the line. They were highly motivated to get the worthiness of a bond right. Today, however, the tables have turned as the firms that issue debt must compensate the rating agencies to secure a credit rating and no matter how you try to put it, this is a questionable operating model.

In addition, the credit rating agencies’ actions (or lack thereof) leading up to 2007 are still fresh in our memories. The agencies failed to consider the risks inherent in more complicated financial instruments and distinctly underestimated the risk that those instruments might not pay interest, or the debt as a whole, and issued the highest possible ratings to many of these bonds. In a retaliatory manner, investors felt encouraged to purchase them, without properly assessing the risks involved. As a result, credit was granted even where it was not justified by economic fundamentals.

Despite the criticism, many institutional investors still demand sovereign nations and firms looking to issue debt to hold a credit rating before any commitments are made. Tanzania provides a perfect case study. In 2016, the East African nation declared its intent to issue its debut Eurobond without a credit rating from the big three rating agencies. It eventually succumbed to the pressure and invited Moody’s over to issue the country’s first international credit rating. (Tanzania’s finance minister unceremoniously ‘rejected’ Moody’s B1 rating in March 2018).

But how do rating agencies arrive at their rating actions?

Any rating action invariably starts with a request from the firm that has expressed an interest in securing a rating before a bond issuance. Then comes the fun part, as analysts and corporate financial officers or government officials exchange queries and information relevant to the credit action. This can take about six to 12 weeks.

As a rule, the rating agencies will ensure confidentiality if sensitive information about the rated firm is provided. Interestingly, governance effectiveness is often highly regarded; it is seen as an important element in determining the ability of the entity to honour its future debt obligations. But this begs the question, how do you quantify governance effectiveness? “It will be up to the analysts to evaluate by probing about risk profiles, strategies and management philosophy,” says Li-Gang Liu, MD and chief China economist at Citigroup. “Subjective judgements often play an important role in this part of the rating process. However, a sovereign’s track record of financial performance can act as a proxy of management quality.” 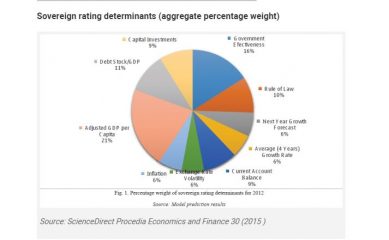 In addition to governance indicators of government effectiveness, rule of law has a big impact on predicted ratings. However, on scrutinising the contributions of determinants to a sovereign credit rating in any model, it appears that adjusted per-capita GDP is the most central feature.

The ability of a GDP-per-capita bust in an economy to have a direct effect on economic and technological development in any country clearly positions it as a leading indicator for rating actions.