There will be developments in a matter of months, the newly appointed FSCA vows. 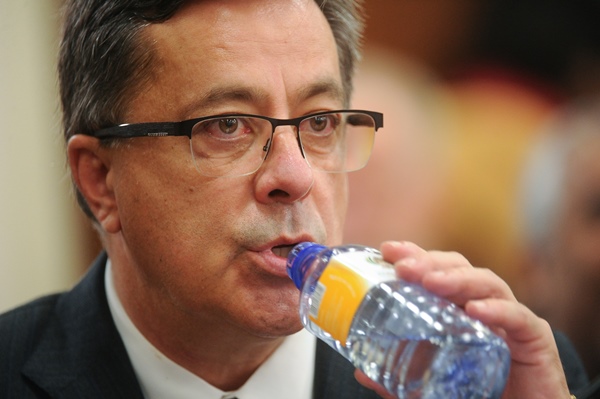 Newly appointed director for investigations and enforcement at the Financial Sector Conduct Authority (FSCA) Brandon Topham told journalists in Cape Town on Monday that “the next two months will be interesting” in terms of the regulator’s investigations into Steinhoff.

At a media roundtable, Topham indicated that announcements will be made soon regarding charges against the company or individuals associated with it. Specifically these relate to one count of insider trading and one of publishing false and misleading financial statements. Other charges may well follow.

“Steinhoff [itself] published a SENS stating that its financial statements were wrong,” Topham pointed out. “So they have consented to the fact that they have published false and misleading information. Even though nobody at this stage has been charged, there is definitely a case to be made.”

Significantly, Topham indicated that these charges are not dependent on any findings that may be made in the course of the independent forensic investigation being conducted by PwC.

“We have our own ongoing investigation dedicated to Steinhoff,” he said. “We have been working on the matter for more than a year.”

These statements were in response to speculation that Steinhoff may not release the full PwC report when it is finalised. It was meant to be completed by the end of 2018, but has since been delayed twice. This has led many to wonder if it will ever be fully aired.

However Topham indicated that while the PwC report was important, any action by the FSCA was not dependent on its findings.

“There has been some reliance by everyone in South Africa on the PwC forensic report because this is an extremely complicated group structure and fraud, by all indications,” Topham said. “It’s an extremely costly investigation to get to the bottom of.”

Apart from the expense involved, PwC’s investigation does have specific advantages.

“PwC was appointed by Steinhoff as an independent investigator to look at what went wrong,” Topham explained. “They have the expertise to do it, the international footprint, and the independence to deliver a report that theoretically any court in the world could use as evidence.”

The FSCA was however not waiting specifically for it to come out.

“I’m very happy to use the PwC report,” Topham said. “It will save everyone a lot of time and effort. But we have our own investigation under way. We are looking with interest at what might be in the PwC report that we don’t know about, but if we don’t get it very soon we will move without it.”

‘We will get the information we need’

He added that the Steinhoff board had offered the regulator its full cooperation to date.

“We have a meeting next week with Steinhoff to discuss the content of the report and what we are getting or not getting,” Topham said. “To date they have promised us their full cooperation. My interpretation of full cooperation is that you give us whatever we ask for – and anything we don’t ask for, that is relevant.”

Topham is also not concerned about Steinhoff burying the report as it is in the company’s interests to continue to cooperate – the size of any fine or administrative levy can be reduced based on the level of cooperation given to the FSCA’s regulators.

If, however, that is not enough incentive, the regulator has powers to demand to see any document it deems relevant to an investigation.

“We will get the information we need, either voluntarily or by exercising the powers available,” he said.

Regardless of the PwC investigation, however, he assured journalists that the FSCA would be announcing some of its own findings in the coming weeks.