Plans to reopen the Steenkampskraal mine, which sits on one of the world’s largest reserves of strategic rare earth minerals, are proceeding steadily. 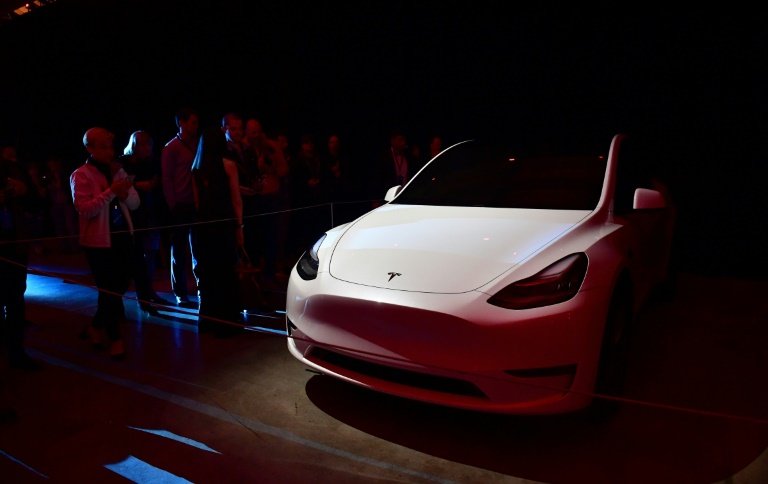 The determination and patience of a small group of investors will eventually see the reopening of the Steenkampskraal mine in the Northern Cape to mine one of the world’s largest reserves of rare earth minerals. No more than five private shareholders have stuck with their vision for nearly 20 years, and have contributed millions in capital and loans to keep the opportunity alive.

These investors hold the major interest in Steenkampskraal Holdings Limited (SHL), which owns 74% of Steenkampskraal Monazite Mine (Pty) Ltd. The balance of 26% has been placed in a trust for the mine’s employees.

Their main use is in the manufacturing of powerful yet lightweight magnets used in electric motors, especially the primary drive motors of electric vehicles. In the case of a high-end electric car such as a Tesla, rare earth minerals will also be found in the motors that adjust the seats, mirrors and steering wheel, and open and close the doors.

Global demand on the up

In contrast, there are only a few deposits worldwide that contain concentrated amounts of these rare elements to enable economic mining and refining. China is the largest producer, but halted export of its strategic minerals last year. The only rare earth minerals mine in Canada, once the largest producer in the world, shut down in 1998 due to low world prices. The mine restarted in 2002, but stopped operating again in 2015 and was liquidated soon after.

Similarly, Steenkampskraal was the world’s largest producer of rare earth minerals for a while, between 1952 and 1963, when Anglo American mined the deposit primarily for radioactive thorium which was used for fuel in nuclear reactors in Britain, Germany and America. Anglo American shut the mine when nuclear reactors worldwide switched to uranium. Uranium was much cheaper, ironically produced as a by-product at a few SA gold mines.

Rare Earth Extraction Company (Rareco) acquired the mine from Anglo American in 1989 with plans to reopen it, but faltered when rare earth prices fell sharply.

The mine was almost forgotten, except that the dormant Rareco had to publish its results and annual report as it maintained its listing on the JSE for a few years, until it gave up even on that and the share was suspended.

Rareco and its mineral rights were acquired by a Canadian mining company, Great Western Minerals Group, for R150 million in 2010.

They spent around R400 million to refurbish the mine, but left it for dead once again when the holding company was liquidated in Canada. Some of the previous Rareco shareholders still believed in the project and acquired the old mine from the liquidators in 2015. They changed the name back to the original Steenkampskraal and have spent another R100 million or so since then.

Much of the work has been done

Trevor Blench, chairman of SHL and driving force behind the effort to reopen the mine since 1989, is still optimistic that the project will succeed. “Most of the work on the mine itself and the surrounding infrastructure has been completed,” he says. “We have also received the necessary licences and certificates to restart production.”

These include new mining rights (valid until 2030 and renewable), approval of the mining plan and the mine’s environmental management plan, as well as a certificate of registration from the National Nuclear Regulator to mine, process, transport and store materials that are radioactive by nature.

Legal issues that followed the liquidation were eventually laid to rest a few months ago when the Cape High Court dismissed the last claims against the company. “It took the last three years to sort out the mess of the liquidation,” says Blench, adding that it had to be settled before the company could complete its final feasibility study. The feasibility study will include the final detailed designs for the refining plants, and determine the optimum level of production and capital requirements.

In the meantime, SHL has completed its exploration of the ore body and has conducted major metallurgical tests.

Best grade in the world

These tests confirmed earlier results indicating that the Steenkampskraal deposit has the highest grade in the world, with an average of more than 14%, compared to other mines that are mining ore bodies with an average grade of around 2%, according to test results published by SHL.

The company also carried on with work to refurbish the old mine shaft left behind by Anglo American and had to look at supporting infrastructure such as new offices, security fences and access roads. It even needed boreholes for water and a reverse osmosis plant to produce drinking water.

Blench estimates that SHL will probably need another R500 million to complete the refurbishment of the mine and build a new refining plant. The refining plant is important: it will separate unwanted elements from the concentrate of valuable minerals, and separate the radioactive thorium.

There is a ready market for thorium and SHL has an additional opportunity to, in future, refine it further in a specialised plant that will manufacture nuclear fuel and medical isotopes for the treatment of cancer.

The estimated capital requirement of R500 million to reopen the mine seems reasonable as far as capital expenditure on mining projects go and, more importantly, the value of the rare earth minerals.

According to a preliminary feasibility study that SHL completed last year, the target production of 2 700 tons of rare earths per annum has a value of $66 million – close to R1 billion at the current exchange rate.

“Prices of rare earth minerals have increased steadily over the last few years due to the development of electric vehicles and growth in renewable energy technology,” says Blench. “Demand increased significantly as China reduced global sales year after year. In fact, China was a net importer of rare earth minerals last year. [This] had a dramatic effect on prices. Progress in reopening the mine has resulted in enquiries from among others Germany, Britain, America and South Korea.”

When asked about a listing, Blench said there are as yet no plans to list SHL on the JSE again, but the possibility remains.

The company will be looking at raising capital from private equity funds as existing legislation requires investments of at least R1 million in unlisted companies, says Blench.

According to the current mining plan that makes provision for an output of 2 700 tons of minerals per annum, the mine will create 200 permanent employment opportunities. Admittedly not a lot, but welcome in the desolated Northern Cape.