Fruitless and wasteful expenditure amounted to just over R19 million and unauthorised expenditure to more than R14 million.

The troubled OR Tambo district municipality in the Eastern Cape, famous for paying millions in handwritten invoices for Covid-19 “awareness” campaigns, has racked up close to R1.4 billion in irregular expenditure.

At the end of June 2019, irregular expenditure amounted to R1.35 billion.

Mayor Thokozile Sokanyile said the reported balance emanated from an opening balance of R3.1 billion from the 2017/18 financial year.

“This was subsequent to the irregular expenditure being investigated and found to have been incurred for transactions that proved value for money and benefit. The municipality set aside an amount of R229 410 425.75 for consequence management,” Sokanyile said.

OR Tambo was one of three municipalities where government’s District Development Model had been piloted.

Fruitless and wasteful expenditure amounted to just over R19 million and unauthorised expenditure to more than R14 million.

Auditor-General (AG) Kimi Makwetu found the municipality did not disclose all its irregular expenditure incurred during the year as required by the Municipal Finance Management Act.

Makwetu was unable to determine the full extent of the misstatement for the disclosed amount of R679.9 million.

In the 2017/18 financial year, Makwetu found the municipality did not adequately recognise its contractual commitments for the acquisition of property, plant and equipment as required by Generally Recognised Accounting Practices (GRAP).

“This was due to a lack of systems and processes in place at the municipality to ensure that commitments are correctly disclosed. Consequently, commitments disclosed in note 46 to the consolidated and separate financial statements were overstated by R579.3 million for this particular year and in 2016/17 by R936.1 million,” the AG found.

In the 2018/19 financial year, the municipality did not fully record irregular expenditure.

She said the district had a total of 54 water tankers carting water to areas in need amid the Covid-19 pandemic.

DA MP Cilliers Brink said it appeared there would be no change in the municipality’s financial situation.

“The Auditor-General has cited the municipality for flouting supply chain management regulations, failing to collect 82% of consumer debt, and the dilapidated state of water and sanitation infrastructure.

“In the last financial year, the OR district municipality received its fifth consecutive qualified audit outcome, and nothing presented to the portfolio committee suggests that things will soon improve,” he said. 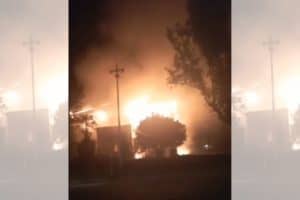 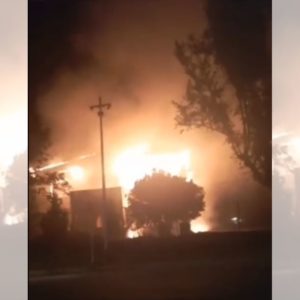